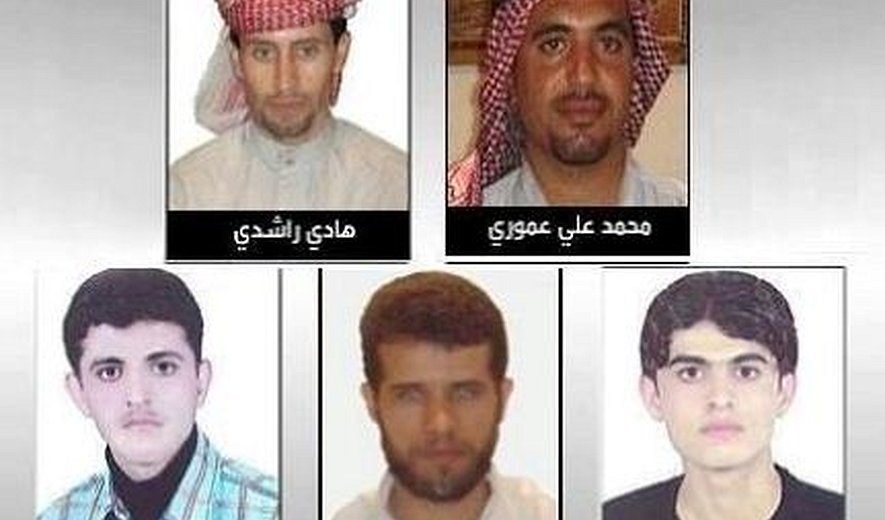 Iran Human Rights, August 17: Reports from local sources in Ahwaz (Capital of the southwest Iranian province of Khuzestan) have led to increasing concern among the human rights groups about the situation of the five Ahwazi Arab activists on the death row.

According to sources close to European Ahwazi Human Rights Organization – Hadi Rashedi, one of the five Arab prisoners sentenced to death, has been transferred to an unknown location. According to these sources he was transferred on August 8. There are no reports about his condition.

Hashem Sha’bani another Ahwazi Arab prisoner sentenced to death was transferred to an unknown location more than one month ago and there is no information about him since then.

Families of the three other death row prisoners Mohammad Ali Amourinezhad, Seyed Jaber Alboshokeh and Mokhtar Alboshokeh were not allowed to visit the prisoners on Wednesday August 14.

Iran Human Rights (IHR) urges the international community to do what they can to save these prisoners. Mahmood Amiry-Moghaddam, the spokesperson of IHR said: " At the present moment there is no information about any of the five prisoners and there is growing concern that their execution might be imminent".

The five Ahwazi Arab activists Mohammad Ali Amourinezhad, Seyed Jaber Alboshokeh, Mokhtar Alboshokeh, Hashem Sha’bani Nezhad and Hashem Rashedi were sentenced to death charged with Moharebeh (enmity against the God), propaganda against the establishment and acting against the national security.