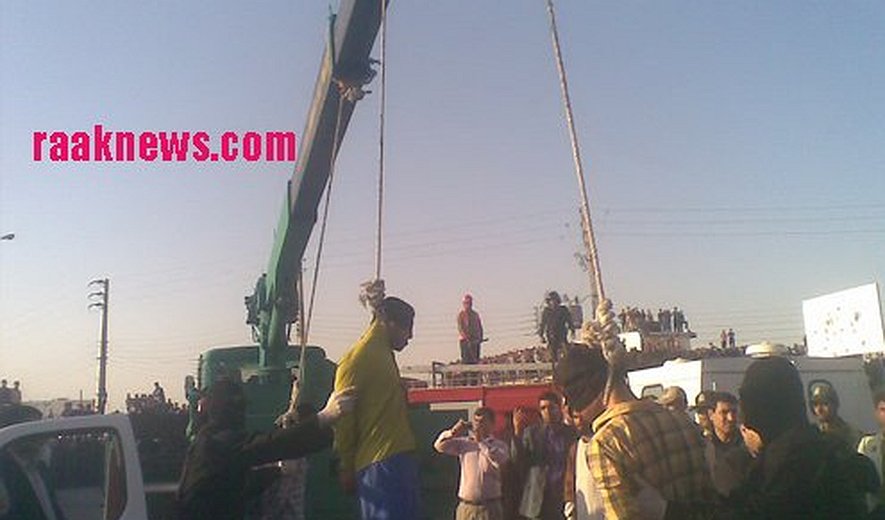 Based on the official and confirmed unofficial reports at least 24 people have been executed in the last 12 days in Iran. 17 of these executions have been announced by the official Iranian sources.

The local news agency Boyernews reported that four men were arrested convicted of a rape and three of them were hanged in public today. The four prisoners were identified as "S. S.", "H. Kh.", "B. H." and "H. A.". The report didn’t mention anything about the fate of the fourth person.

The prisoners were hanged in front of hundreds of people at the Shiroodi Square of Dehdasht, by being pulled up by a crane.

The state run news agency Fars reported about execution of two prisoners in the prison of Shahroud (northern Iran). The prisoners were identified as "M. B." convicted of trafficking and possession of 750 grams of Shisheh (crystal) and 14836 grams of opium, and "A. K." fro possession and trafficking of 836 grams of crystal and 15228 grams of opium, said the report. The executions were carried out in the prison of Shahroud on Tuesday September 10.