Annual Report on the Death Penalty 2016 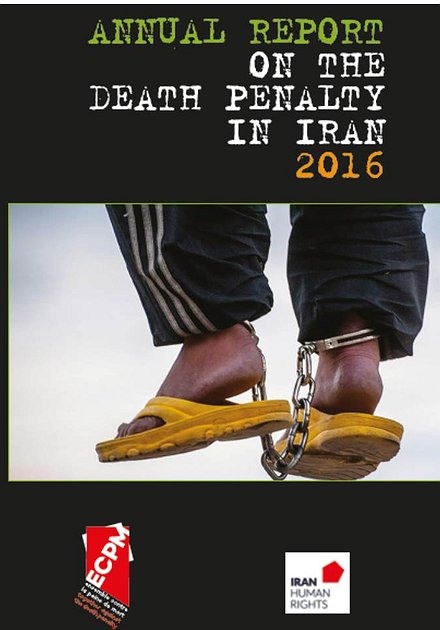 IRAN HUMAN RIGHTS (APR 3, 2017): The 9th annual report by Iran Human Rights (IHR) on the death penalty in Iran shows that in 2016 at least 530 people were executed in the Islamic Republic of Iran. Although this number is significantly lower than the annual execution numbers from the past five years, Iran remained the country with the highest number of executions per capita.

Commenting on the relative decrease in the 2016 execution figures, Mahmood Amiry-Moghaddam, IHR’s Director and spokesperson, said: “We welcome any reduction in the use of the death penalty. But, unfortunately, there are no indications that the relative decrease in the number of the executions in 2016 was due to a change in the Islamic Republic of Iran’s policy. Our reports show that the Iranian authorities have executed at least 140 people in the first two months of 2017 alone.”

This 2016 annual report is being published only a few months before the end of Hassan Rouhani’s first presidential period. A review of Mr. Rouhani’s 3.5 years as President shows that, despite good diplomatic relations and dialogue with the EU, the number of executions under his presidency was significantly higher than the annual executions under the previous two periods under Ahmadinejad.

On the issue of the lack of due process, Mahmood Amiry-Moghaddam said: “A sustainable reduction in use of the death penalty is impossible as long as there is no due process. Revolutionary Courts which sentence hundreds of people to death every year are among the key institutions responsible for Iran’s violations of due process and must be shut down.”

ECPM’s Executive Director, Raphaël Chenuil-Hazan, said: “We call on every democratic State and all Iran’s European partners to make serious efforts to reduce the death penalty in Iran, and to include human rights, especially the situation of the death penalty in Iran, in their bilateral and multilateral dialogues. A good outcome can only be achieved through constant and permanent pressure in the dialogue with Iran.”

IHR and ECPM also call on the Iranian authorities to release Narges Mohammadi and Atena Daemi immediately. These human rights groups also call for an end to the crackdown on civil society and the prosecution of peaceful civilian activists.