Qesas, amputation, an eye for an eye, Davoud Roshanaei
Share this 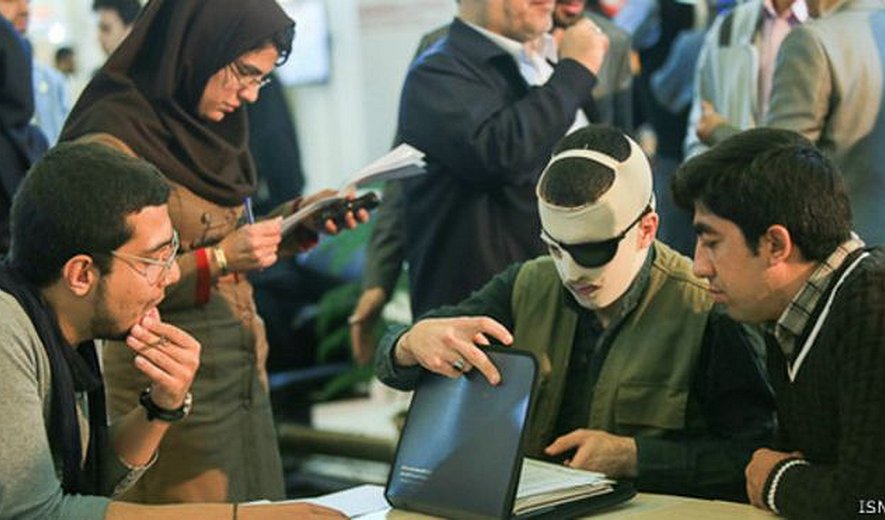 An Iranian man has been sentenced to surgical removal of one eye and one ear as retribution for an acid attack. The sentence has not been implemented yet because no doctors have been willing to carry out the sentence. Iran Human Rights (IHR) condemns the Iranian authorities' use of barbaric punishments and urges the international community to react. Spokesperson of IHR, Mahmood Amiry-Moghaddam said: " Removal of inhumane punishment in law and practice must be a prerequisite for any improvement of relations between Iranian authorities and the international community".    Iran Human Rights, January 21, 2015: Retribution sentence of losing one eye and ear of a man has not been

implemented due to unwillingness of doctors, reported the state run Iranian Fars news agency today. Quoting Judge "Dashtban" from the "Section for implementation of the verdict" of Tehran's area 27, the report said: "The retribution verdict of losing an eye and ear of the convict is supposed to be carried out surgically. We are still awaiting a response from the forensic medicine". So far several doctors have denied carrying out the sentence and implementation has therefore been delayed, said the report. Dashtban said: " The delay is from the medical side and is not our fault"- He added: "We had a meeting with the forensic medicine and they will let us know once there is a doctor who is willing to carry out the sentence". The young man who is sentenced to losing eye and ear is identified as "Hamid S." and is convicted of pouring acid on another man identified as "Davoud Roshanaei" in 2005. He was later sentenced to qesas (retribution in kind) by losing one eye and one ear. Iran Human Rights (IHR) strongly condemns the Iranian authorities' use of inhumane punishments. Mahmood Amiry-Moghaddam, the spokesperson of IHR said: "Iranian authorities are among the few in the world still practicing medieval punishments such as amputation of body parts, blindness and public executions. This is happening while the relationship between Iran and the international community is improving. We urge the United Nations and all countries with diplomatic relations with Iran to use all their channels in order to put an end to these punishments". Amiry-Moghaddam added: " Removal of inhumane punishment in law and practice must be a prerequisite for any improvement of relations between Iranian authorities and the international community". The spokesperson of IHR also hailed the doctors who deny participation in these barbaric acts. He said: " Participation in such punishments are serious violations of the Hippocratic oath and anyone who takes part in carrying out such sentences can not be called a doctor".