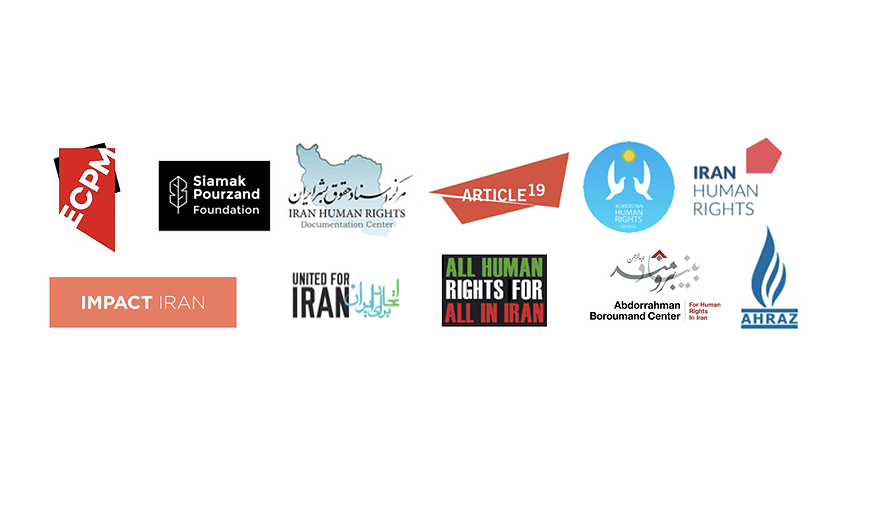 As Iranian authorities prepare to welcome the UN Special Rapporteur on unilateral coercive measures tomorrow[1], we denounce the Government's instrumentalization of the system of UN human rights monitors in a cynical attempt to deflect attention from its well-documented record of human rights violations. The UN's announcement of the Special Rapporteur's visit to Iran this May 2022 comes after seventeen years of denial of access to any of the fourteen UN human rights monitors that have requested to visit the country[2]. This includes the Special Rapporteur appointed by the UN Human Rights Council since 2011 to monitor the situation of human rights in Iran, that has attempted to report on the impact of sanctions on human rights in the country in the absence of the Government's cooperation.

Several other UN representatives have made repeated unsuccessful requests since 2004 to investigate voluminous allegations reported by Iranians even though Iran extended a standing invitation in 2002 for all UN Special Procedures to visit the country. This includes discrimination against women and girls, ethnic, linguistic, and religious minorities, allegations of arbitrary detention, enforced disappearances, torture, executions, and violations of freedom of expression, association, and peaceful assembly.

The mandate on unilateral coercive measures is unique in that it calls on the mandate-holder to assess primarily – if not exclusively – the responsibility of sanction imposing states for rights violations in the jurisdiction of sanctioned states. By inviting the only expert whose mandate is to look at external actors' liability for rights violations in the country, Iranian authorities exploit this visit in an inconspicuous attempt to blunt scrutiny of its record of non-cooperation with the UN human rights system. It is also a banal ploy to divert blame for Iran's current human rights situation on sanctions.

If Iran takes seriously this visit, it needs to give uncensored access to reliable and comprehensive data and statistics, and to provide unfettered access to independent civil society monitors. In a context marked by lack of transparency, a severely restricted civic space, and the persecution of human rights defenders, including some of those documenting independently the impact of sanctions on the right to health, we fear that the Government might not meet these conditions.

In his most recent report to the UN General Assembly, the Special Rapporteur on the situation of human rights in Iran, Mr. Javaid Rehman, expressed “[concern] about the impact of sanctions, especially given the ongoing effects of the coronavirus disease (COVID-19) pandemic, but also… about the inadequacy of the Government’s measures to protect economic and social rights”[3]. On the issue of low wage, the Special Rapporteur declared that “while he notes the impact that sanctions have had, economic mismanagement and corruption have also contributed to the current situation”[4].

As organizations documenting the situation of human rights in Iran, including the impact of sanctions on human rights and the humanitarian conditions[5], and advocating for the realization of these rights for all in the country, we know that untargeted economic sanctions have had negative consequences for the population of Iran, and affect the daily lives of many in the country.

But we are well-acquainted with the fact that poverty, lack of access to healthcare, discrimination in employment and education, food insecurity, lack of access to the internet and inadequate housing did not start with foreign-imposed measures and cannot be blamed solely on sanctions. These conditions have been and continue to be also the product of mismanagement, corruption, lack of accountability, and absence of the rule of law. And they are the result of decades of economic neglect of areas where minority populations reside and state-sanctioned discriminatory laws, policies, and practices that exclude and marginalize large segments of the Iranian society.

Consequently, legitimate concern over the impact of sanctions cannot and must not overshadow the Iranian authorities' responsibility for failing to ensure – and sometimes actively restricting – access to health, work, education, internet and adequate living standards for all in Iran. The Government's attempt to blame the heavy toll paid by its population during the COVID-19 pandemic on sanctions, while recently refusing vaccines whose effectiveness was scientifically validated based on geopolitical considerations[6], speaks volumes to this point.

Among all the elements that make the human rights situation in Iran so dire, Iranian authorities decided to only focus on the acts of other states, in a clear attempt to distract international attention from their own responsibility. Once again, they demonstrate that they are not serious about addressing their own laws, policies, and practices and their primary responsibility in the country's current human rights challenges.

The international community must not be fooled, and Iran should not be rewarded for its attempt to avoid accountability.

[5] Report of freedom of expression organization ARTICLE19 on the November 2019 Internet shutdowns in Iran, and the impact of US sanctions on complementing and facilitating state policies allowing for shutdowns of international internet. https://www.article19.org/wp-content/uploads/2020/09/TTN-report-2020.pdf