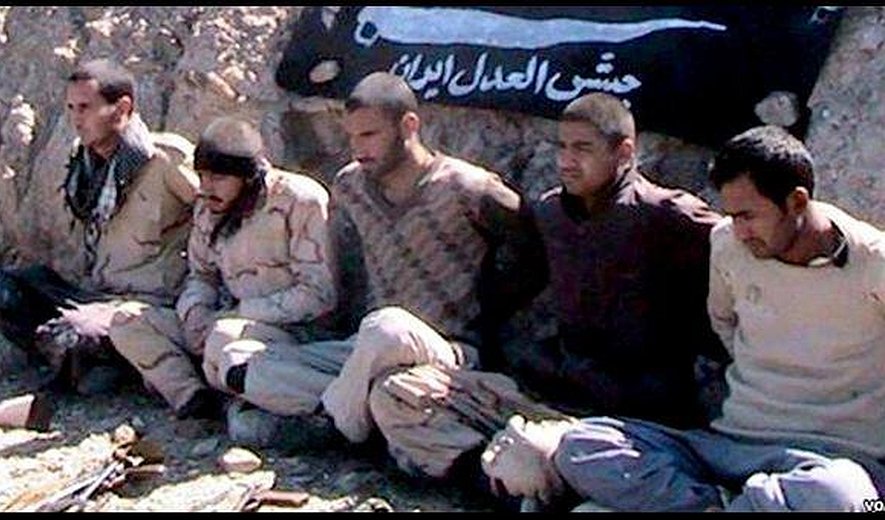 According to the Jaish al-Adl's news website "edaalatnews", the guard was identified as Jamshid Danaeefar, and was executed as "retribution" for the death of Baluchi prisoner "Ali Naroui" who was reportedly killed as a result of torture in the Urmia prison (northwestern Iran) in February 2014. Iran Human Rights (IHR) strongly condemns execution of Jamshid Danaeefar by Jaish al-Adl. Mahmood Amiry-Moghaddam, the spokesperson of IHR said: " The inhumane treatment of the Baluchi prisoners by the Iranian authorities can not justify this brutal act". He added: "Death penalty is an inhumane and barbaric punishment and must be condemned regardless of whoever commits it". IHR also warns against retaliatory executions of more Baluchi prisoners in the Iranian prisons. On October 26th 2013, 16 Baluchi prisoners were executed in the prison of Zahedan (capital of Baluchestan Province) in response to killing of 14 Iranian border guards the day before.  Jaish al-Adl claimed the responsibility for the border attack. According to IHR's annual report on the death penalty in Iran, at least 57 prisoners were executed in 2013 in the province of Baluchestan, and prison of Zahedan  was one of the prisons with the highest number of secret or unannounced executions in 2013.