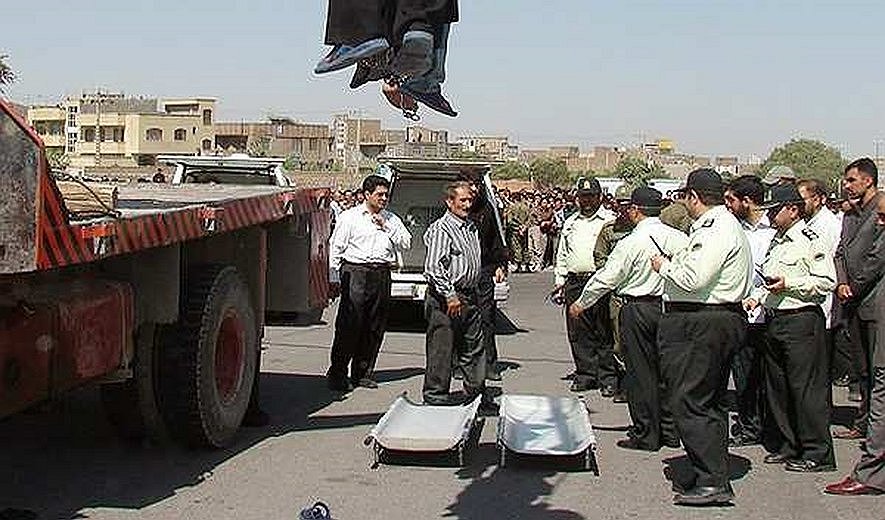 Unofficial sources confirm a total of seven executions that were carried out by Iranian authorities in the past week.

Iran Human Rights, September 28 2015: On Saturday September 26, a 27-year-old prisoner, Mohammad Reza Feuji, sentenced to death for drug related charges, was executed at Bandar Abbas Central Prison. On the morning of Wednesday September 23, six prisoners, sentened to death for charges unknown, were executed at Yazd Prison. Both reports come from several confirmed sources, including HRANA and Baluchi Activists Campaign, while official Iranian media and government outlets have not commented on these executions.

Feuji was reportedly transferred from his prison cell to solitary confinement before he was taken to the gallows. The six prisoners executed at Yazd Prison were reportedly two sets of brothers who had been imprisoned for eight years before they were taken to the gallows. Their families have confirmed the executions and were able to retrieve their bodies for burial. One of the six prisoners has been identified as Haji Mohammad Nouti Zehi, also known as Haji Aziz. There are no details available at this time about the charges against these six prisoners.