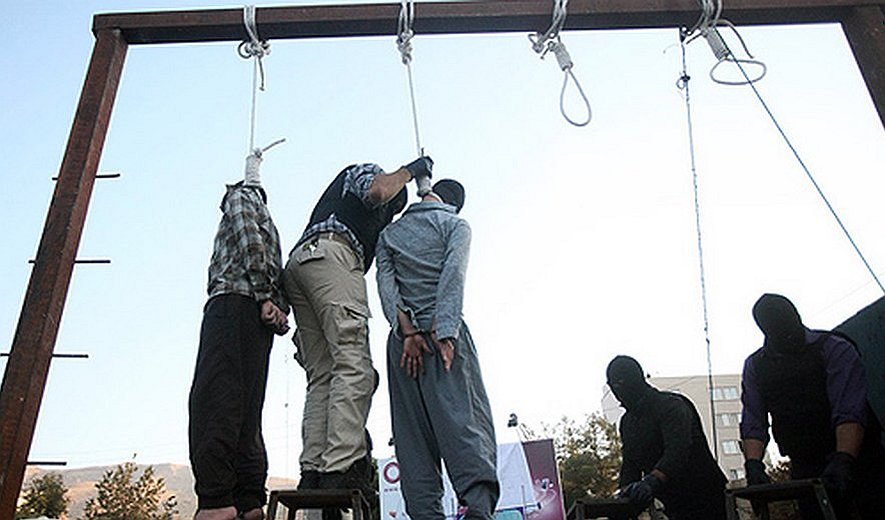 Iran Human Rights (NOV 16 2015): From Thursday November 12 until today, Iranian authorities have executed at least six prisoners in two different prisons. Most of the hangings were carried out for alleged drug offenses.

On Saturday November 14, a Pakistani citizen, identified as Younes Jamaloldini, was reportedly hanged at Zahedan Central Prison on alleged drug charges. According to close sources, Jamaloldini was around 35 years old and had been transferred from his prison ward to solitary confinement in preparation for his execution.

On Thursday November 12 and Monday November 16, a total of five prisoners, incuding one woman, were reportedly hanged at Tabriz Central Prison. According to the Kurdistan Human Rights Network, the prisoners on Thursday were executed on drug related charges and have been identified as: Mohammad Ali Zamani, Jafar Azizi, Mohammad Panahvand, and Hagar Safari. The prisoner on Monday was reportedly executed on murder charges and has been identified as Saeed Rahimi.

Iranian official sources have been silent on the recent executions in Tabriz and Zahedan prisons.