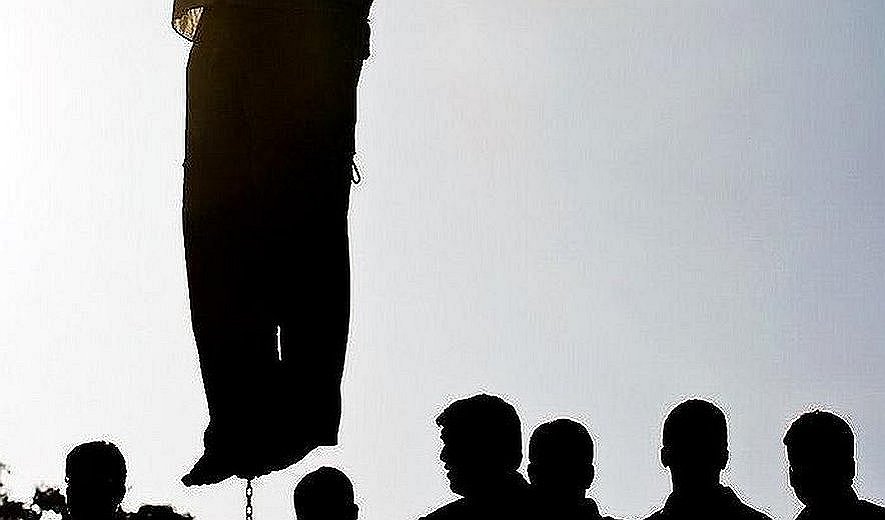 Iranian official sources report on the execution of a prisoner in Zanjan's central prison on a Moharebeh charge (commonly translated as "enmity against God").

Iran Human Rights (JAN 13 2017): The Zanjan Prosecutor, Hassan Mozaffari, has reported on the execution of a prisoner on a Moharebeh charge at Zanjan's central prison. According to the report, a crowd of people watched as the prisoner, only identified as "H.S.", was hanged in the prison's vicinity on Tuesday January 12.

According to Mozaffari, the prisoner was arrested in July 2014 after he and an accomplice, identified as A.A., allegedly committed rape, piracy, extortion, armed robbery, and torture & physical assault. A.A. was reportedly hanged on rape charges on the morning of Sunday April 26 2015.