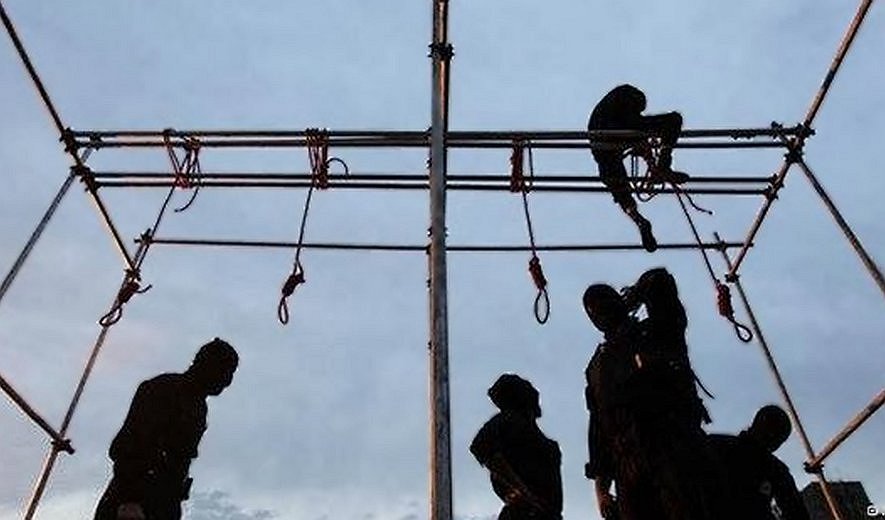 Iranian authorities have executed four prisoners in northern Iran and one prisoner in southern Iran who may have been under the age of 18 when he allegedly committed the murder that Iranian courts sentenced him to death for.

Iran Human Rights (JAN 18 2016): Gilan Judiciary's press department reports on the exeuction of four prisoners at Lakan, Rasht's central prison, on the morning of Saturday January 16. According to the report, three of the prisoners were sentenced to death on drug charges. Their names have been identified as: S.Gh., 50 years old; M.F., 35 years old; and A.A., 24 years old. The report identifies the other prisoner as: H.R., 27 years old, sentenced to death for rape.

According to the human rights group, HRANA, on Wednesday January 13, a prisoner, identified as Houshang Zare, was hanged at Shiraz's Adelabad Prison on murder charges. A close source who asked to be anonymous tells IHR that Zare was under the age of 18 when he allegedly committed the murder that Iranian courts sentenced him to death for.