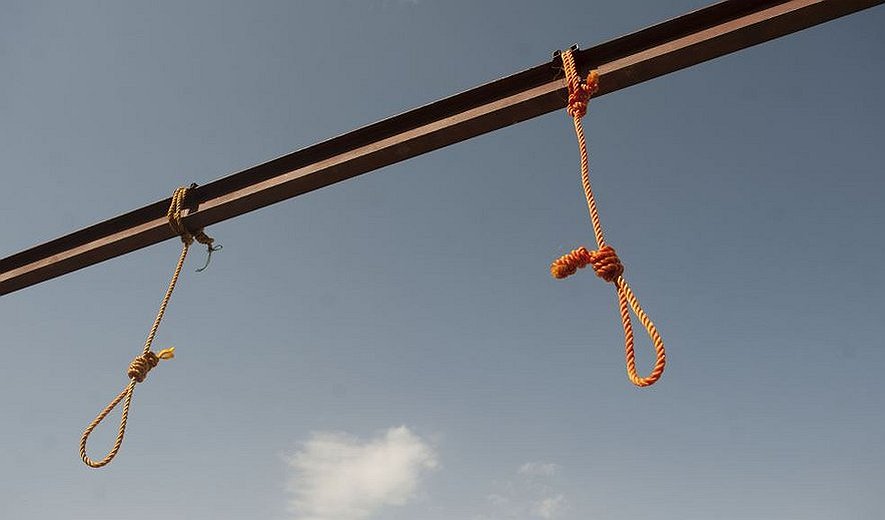 Iran Human Rights (FEB 19 2016): The fate of five Ahwazi Arab men has been predetermined by Farhad Afsharnia, the head of Judiciary in the Khuzestan province of Iran, prior to a trial or verdict.

Afsharnia tells Iranian official sources, including Mehr News and IRNA, that he predicts the prisoners will be hanged to death in public. However, Afsharnia admits they have not been issued sentences for the alleged crime of killing Iranian security agents by gunfire. According to Afsharnia, the men were arrested at a checkpoint in a vilage in the city of Hamidyeh (Khuzestan province).

Ahwazi human rights groups have identified the prisoners as Gheys Abidavi, Hamoud Abidavi, Mohammad Halafi, Mehdi Moarabi and Mehdi Siahi. According to Ahwaz Human Rights Organization, the men were subjected to brutal torture and were forced to give confessions which Iranian authorities aired on Press TV.

Iran state news agencies list the alleged crimes the men have been accused of as moharebeh, corruption on earth, and active membership in a terrorist group. Iranian intelligence agents claim that on April 2 2015, the five Ahwazi Arab men shot bullets at a tent containing Iranian security guards inside, resulting in the death of three of them.

Iran Human Rights is fundamentally opposed to the death penalty and condemns sentencing the five Ahwazi Arab men to death. IHR calls for the case of these men to be investigated in a fair and open trial, with the presence of their lawyers and indepedendent media.

"These five men along with other individuals who are faced with security charges have not received a fair trial and their scheduled executions by Iranian authorities are meant to spread fear in the society. We ask the international community, especially European governments, to place pressure on Iranian authorities in order to stop these executions and also help improve the human rights situation, primarly in Iran's ethnic regions," says Mahmood Amiry-Moghaddam, spokesperson for Iran Human Rights.