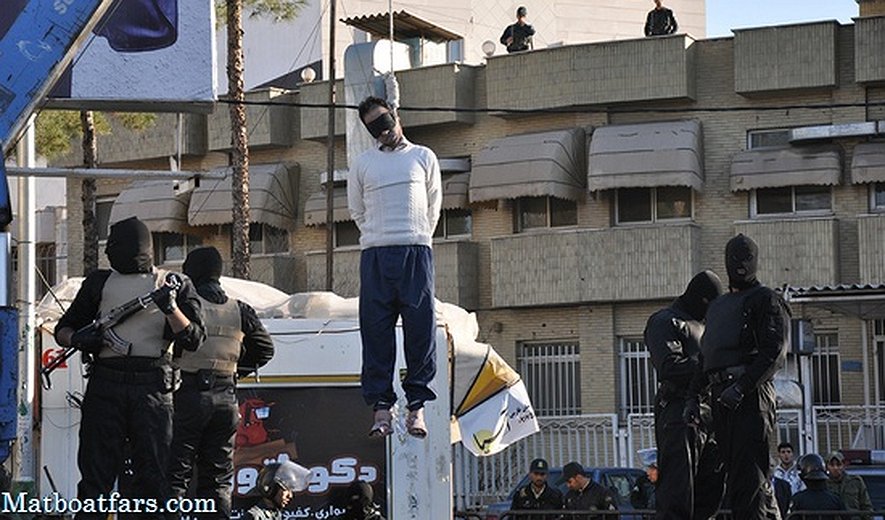 Iran Human Rights (May 27 2016): A prisoner was hanged in public in the city of Shiraz (Fars province, southern Iran) early morning on Thursday May 26.

Close sources say the execution was carried out in front of a crowd of people. A report by the Judiciary in Fars identifies the prisoner as "Hamid B.", hanged on rape charges.

The reports says the prisoner was arrested in 2006 and caught with 46 kilograms of the narcotic hash. According to the report, "Hamid" was accused of kidnapping and rape.