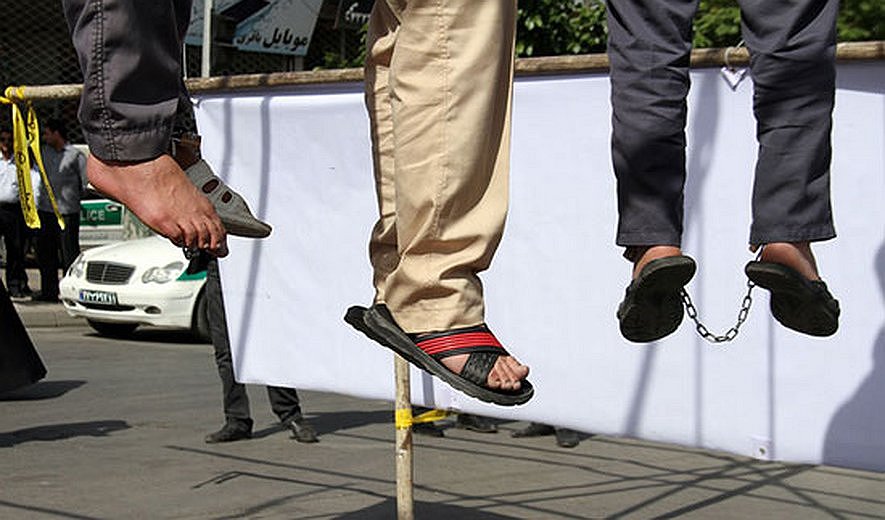 Iran Human Rights (NOV 25 2016): According a report by the Iranian state-run news agency Jame Jam, two prisoners were hanged in the Gilan province (northern Iran) on murder charges. The report does not mention the identities of the prisoners or the exact location or date of the executions.

The human rights news agency HRANA has reported on the execution of four prisoners at Karaj Central Prison (Alborz province, northern Iran) on drug related charges. According to the report, the executions were carried out on Thursday November 24. The names of the prisoners have been reported as Mohsen Jamali, Yasser Kavyani, Davoud Totalzehi and Asef Mohammad Saeedpour. Mr. Totalzehi and Mr. Saeedpour were reportedly Baluch citizens.

The Kurdistan Human Rights Network has reported on the execution of a prisoner at Mahabad Prison (West Azerbaijan province, northwestern Iran) on drug related charges. According to the report, the prisoners name is Jamshid Tahami and he was executed by Iranian authorities on Thursday November 24. Mr. Tahami was reportedly detained in prison for three years prior to his execution.

Iranian official sources, including the media and Judiciary, have been silent about the executions in Karaj Cenral and Mahabad prisons.