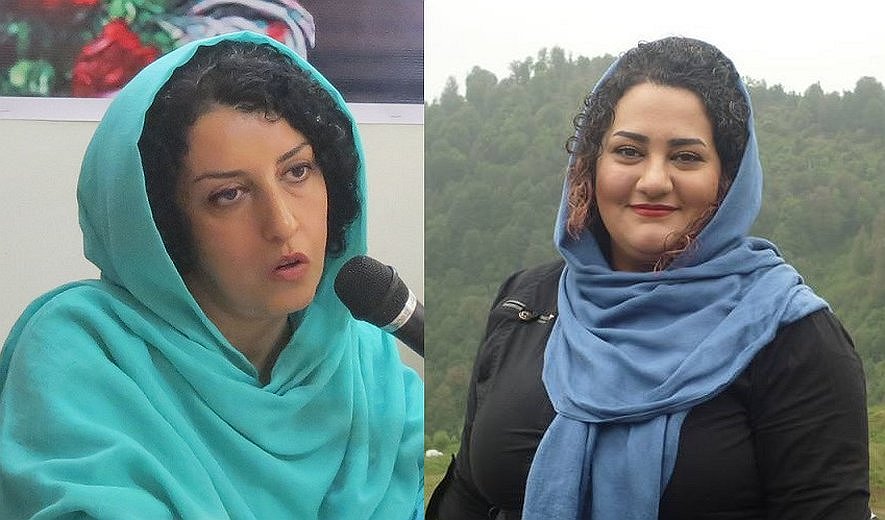 Two of Iran's imprisoned human rights defenders are in poor health conditions. Atena Daemi has been on hunger strike since April 2017, and Narges Mohammadi was taken to the hospital after suffering from severe uterine bleeding.

"Heavy prison sentences for Narges Mohammadi and Atena Daemi solely for peaceful expression is unlawful based on both the Iranian constitution and international conventions which Iran has ratified. We call for the immediate and unconditional termination of the charges against Ms. Mohammadi and Ms. Daemi. We also call on the international community to do more for the release of Narges Mohammadi, Atena Daemi and all other individuals who are in prison for exercising their right to freedom of expression," says Mahmood Amiry-Moghaddam, spokesperson of Iran Human Rights.

On March 14, 2015, branch 28 of the Tehran Revolutionary Court sentenced Ms. Daemi to a 14-year prison term for her peaceful activism. The court charged her with "Propaganda against the state", "Gathering and colluding against national security", "Insulting the Supreme Leadership", "Insulting the founder of the Islamic Republic", and "Concealing evidence of a crime".

The activities that led to Ms. Daemi's imprisonment include: posting content on Facebook that criticized the death penalty in Iran, writing graffiti in objection to executions in Iran, visiting the gravesites of individuals killed following the 2009 Iranian presidential election, and spreading information and awareness about political prisoners in Iran.

Atena Daemi's 14-year prison sentence was reduced to seven years in prison in an appeals court. However, in March 2017, a court in Tehran issued additional charges against Ms. Daemi and her two sisters, Ensieh and Haniyeh. They were each condemned to three months and one day in prison for the charge of "Insulting agents on duty". However, before the sentencing was issued, the charge against the three sisters had been dropped and the case closed because the plainclothes agents who had confronted Ms. Daemi and her sisters did not present their identification.  In objection to the new prison sentences, Ms. Daemi launched a hunger strike from Evin Prison on April 8, 2017.

"Atena is in critical condition. Her body is now rejecting water consumption. Her blood pressure has dropped drastically and she is experiencing severe weight loss. Atena requires hospitalization, but the authorities are preventing her transfer to the hospital," says one of Atena Daemi's sisters to Iran Human Rights.

There have been recent reports about the deterioration of the health of Narges Mohammadi, the Deputy Head of the banned Centre for Human Rights Defenders. The Centre for Human Rights Defenders reported that Ms. Mohammadi experienced severe uterine bleeding on Sunday May 28 and was transferred from Evin Prison to the hospital. On Monday, Ms. Mohammadi reportedly underwent surgery.

Prior to the recent transfer to the hospital, specialist doctors had diagnosed Narges Mohammadi with pulmonary embolism and paresis. Ms. Mohammadi's imprisonment and also medical neglect have likely contributed to the worsening of her condition.

Narges Mohammadi's last arrest was on May 5, 2015. She is one of Iran's most prominent human rights defenders and a member LEGAM, a grassroots anti death penalty group based in Iran. In September 2016, Ms. Mohammadi was condemned to a 16-year prison term on the charges of "Propaganda against the state", "Assembly and collusion against national security", and "Establishing and operating an illegal group by the name of LEGAM". Ms. Mohammadi also had a six-year prison sentence which she completed on March 15, 2016.