death penalty, iran human rights, iran executions, drug executions, baluch, pakistani citizens executed
Share this
According to a report by the Baluch Activists Campaign, Kabir was 13 years old at the time of his arrest. 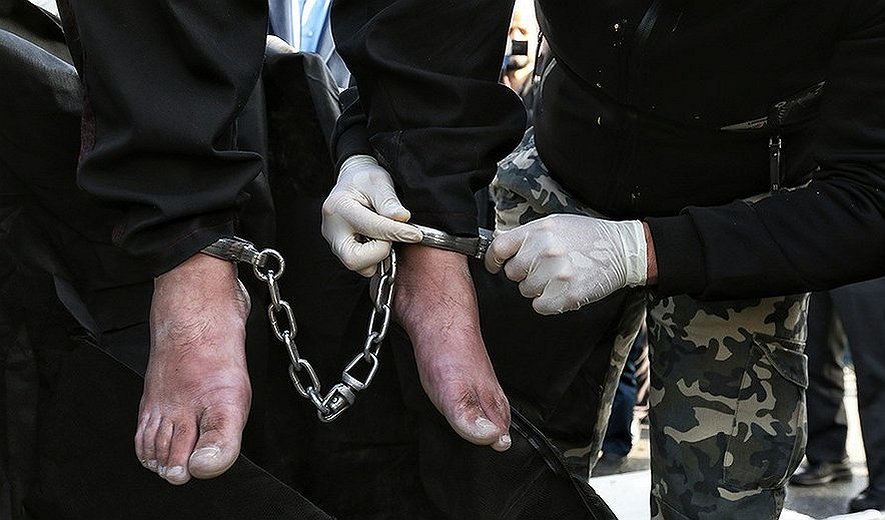 On the morning of Thursday July 13, a prisoner by the name of Sharif Reigi was reportedly executed on murder charges at Zahedan Central Prison (Sistan & Baluchestan province, eastern Iran). According to the Baluch Activists Campaign, Mr. Reigi was transferred to solitary confinement on Sunday July 9 in preparation for execution.

On Saturday July 15, three prisoners were reportedly hanged at Zahedan Central Prison on drug related charges. The prisoners have been identified as Sheikh Mohammad Baluchzehi, 50 years of age, Kabir Dehghanzehi, 21 years of age, and Dadmohammad Dehghanzehi. These prisoners were reportedly transferred to solitary confinement on Thursday July 13 in preparation for execution. Dadmohammad and Kabir were reportedly Pakistani citizens who were arrested eight years ago. According to a report by the Baluch Activists Campaign, Kabir was 13 years old at the time of his arrest. This report says that Kabir had travelled to Iran for driving lessons. Iran Human Rights has not been able to confirm Kabir's exact age at the time of his arrest.

On the morning of Sunday July 16, two prisoners were reportedly hanged on murder charges at Zahedan Central Prison. The prisoners have been identified as Yousef Bozorgzadeh, 46 years of age, and Ebrahim Damani. Yousef was reportedly arrested eleven years ago.

Also on Sunday, a prisoner was reportedly executed on drug related charges at Iranshahr Prison (Sistan & Baluchestan province, southern Iran). The prisoner has been identified as Abdoljalil Shahli, arrested seven years ago.

Iranian official sources, including the Judiciary and the state-run media, have not announced any of these executions.