death penalty, iran human rights, iran executions, drug executions
Share this
Morteza Barghi was earning money from beading work in the prison in order to support his wife and child. 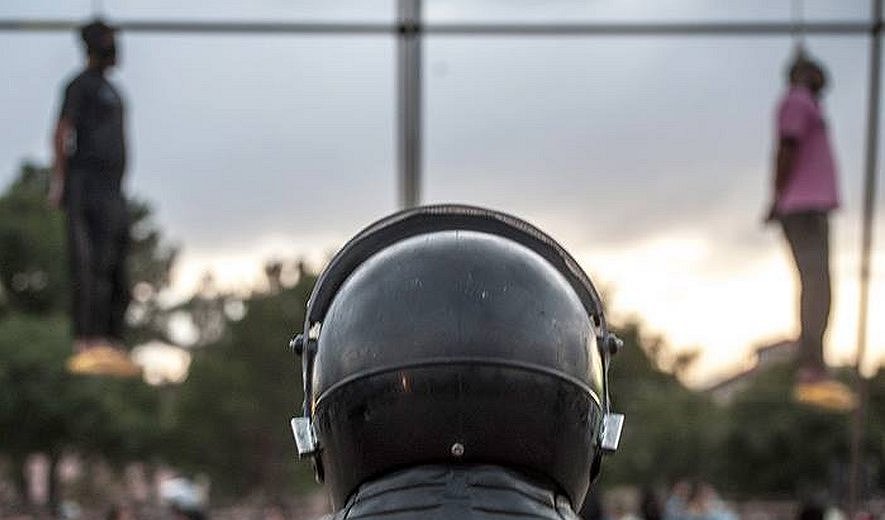 According to close sources, on the morning of Monday July 17, four prisoners were hanged at Isfahan Central Prison. Iran Human Rights has obtained the identities of two of the prisoners: Saeed Diyagar, charged with 800 grams of heroin, and Morteza Barghi, charged with 2.5 kilograms of heroin. The other two prisoners were reportedly hanged on Moharebeh (enmity against God) through armed robbery charges. Iran Human Rights has not been able to confirm the identities of these two prisoners. One of these prisoners reportedly stabbed himself with a knife in order to delay his execution. The prisoner was reportedly given stitches then transferred to solitary confinement in preparation for his execution.

'Morteza Barghi was earning money from beading work in the prison in order to support his wife and child," an informed source told Iran Human Rights.

The Baluch Activists Campaign has reported on the execution of one prisoner on the morning of Sunday July 16 at Chabahar Prison (Sistan & Baluchestan province, southern Iran). The prisoner has been identified as Akhardad Hamli. The prisoner was reportedly arrested eight years ago on drug related charges.

Iranian official sources, including the Judiciary and the state-run media, have not announced any of these executions.