death penalty, rajai shahr prison, iran human rights, iran executions, drug executions, group executions
Share this
Some prisoners on death row in Iran have been known to murder a cellmate or inflict self-injury in order to postpone their execution sentences. 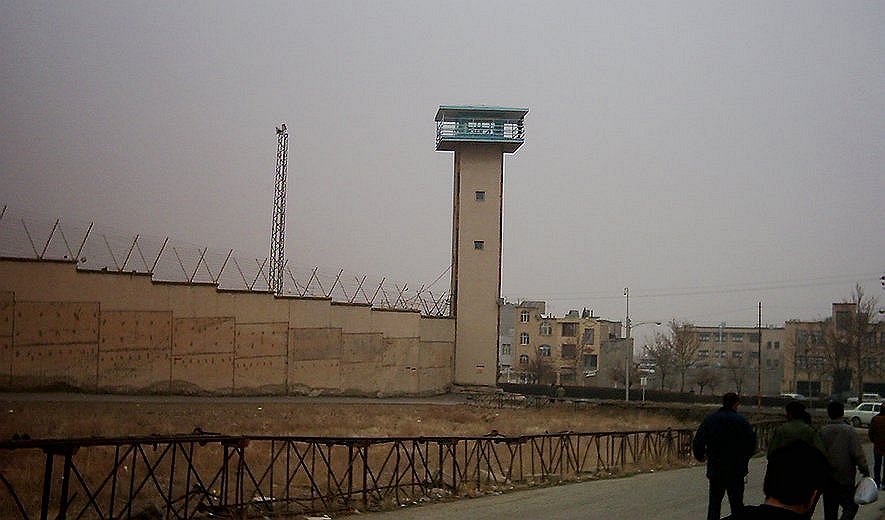 Eight prisoners were hanged in one day in Rajai Shahr Prison while another prisoner at this prison is in imminent danger of execution.

Iran Human Rights (AUG 17 2017): On Wednesday August 16, eight prisoners were reportedly hanged at Karaj's Rajai Shahr Prison on murder charges. Another prisoner was reportedly transferred to solitary confinement in preparation for his execution.

On Tuesday August 15, at least one prisoner in Rajai Shahr Prison was transferred to solitary confinement in preparation for his execution. According to close sources, the prisoner's name is Sadegh Gholami and he is sentenced to death on the charge of possession of approximately one kilogram of crack.

"Sadegh Gholami was scheduled to be executed last year on drug related charges, but in order to delay his execution, he murdered one of his cellmates. The status of the new case file opened for him for the murder crime is uncertain right now. Sadegh is attempting to receive forgiveness from the complainant on his new case file in order to be spared from execution," an informed source tells Iran Human Rights.

Some prisoners on death row in Iran have been known to murder a cellmate or inflict self-injury in order to postpone their execution sentences.

Official Iranian sources, including the Judiciary and the state-run media, have not announced these eight executions.