Juvenile Execution
Share this
We expect stronger reactions by the EU and the Norwegian government which have ongoing dialogues with the Iranian authorities and which are the world leaders in the fight against the death penalty. 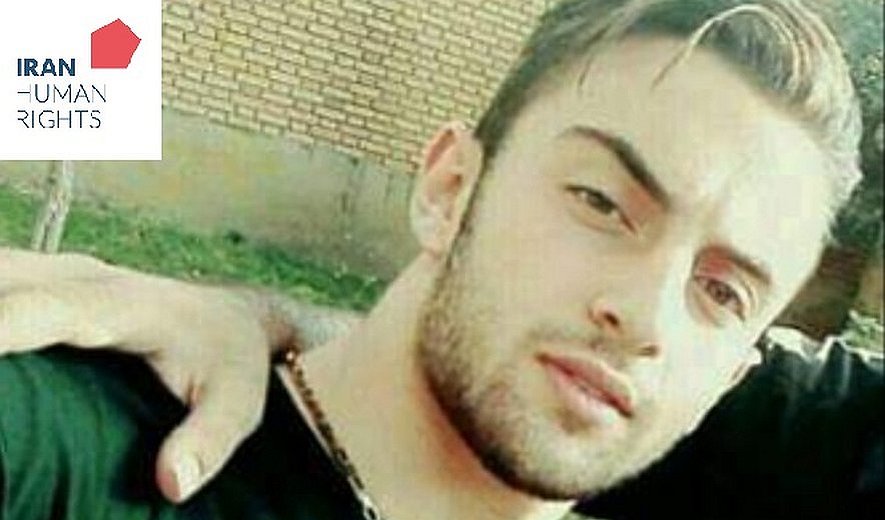 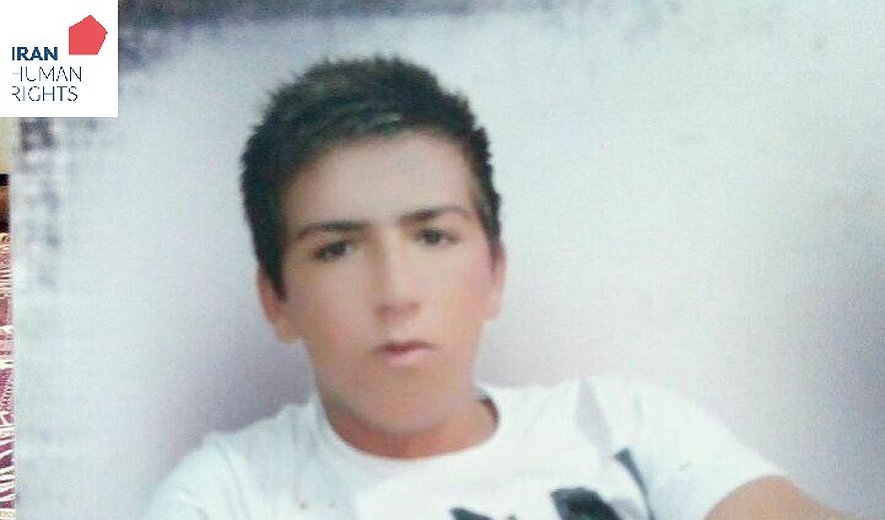 IHR strongly condemns Omid Rostami's execution and calls for strong international reactions. Mahmood Amiry-Moghaddam, the spokesperson of IHR said: " The international community must not tolerate Iranian authorities' continuous executions of juvenile offenders. We expect stronger reactions by the EU and the Norwegian government which have ongoing dialogues with the Iranian authorities and which are regarded as the world leaders in the fight against the death penalty. Attempts to save the nuclear deal must not lead to closed eyes on juvenile executions and other serious human rights violations by the Iranian authorities ".

Omid Rostami's birth certificate shows that he was born on July 10, 1996. He was sentenced to death for a murder committed on July 12, 2012, two days after his 16th birthday.

Omid had been subjected to additional psychological torture by being taken to the gallows four times earlier. Each time, the plaintiffs (victim's family) had said that they wanted to rethink about carrying out the execution or forgiving him.

According to the Iranian Islamic Penal Code (IPC) murder is punishable by qisas which means “retribution in kind” or retaliation. In this way, the State effectively puts the responsibility of the death sentence for murder on the shoulders of the victim’s family. In many cases, the victim's family are encouraged to put the rope is around the prisoner's neck and even carry out the actual execution by pulling off the chair the prisoner is standing on.

“On September 4, 2018, the prosecutor told the plaintiffs that they have the maximum of one month time to take their final decision to forgive Omid or carry out his execution. Otherwise, Omid should be released on bail,” the juvenile offender’s mother told IHR.

Finally, the plaintiffs went to the prison and carried out Omid's execution on the early morning of November 14, 2018.

The Islamic Penal Code (IPC) puts the age of criminal responsibility for males at 15 and 9 for females. In case of murder and other offenses punishable by Hadd or qisas, article 91 of the amended IPC of 2013 allows judges to use their discretion and not issue a death sentence against a child who was not able to understand the nature and consequences of the crime at the time. The amended law also allows the courts to rely on “the opinion of a forensic doctor or other means it deems appropriate” to establish whether a defendant understood the consequences of their actions.

However, according to Omid's family, he didn't have a lawyer, and the family's request for a forensic examination of Omid was not accepted by the judge. According to Omid’s mother, the juvenile had two previous records of robbery and convictions, and the Court took that as a proof of his maturity and therefore, didn't send Omid's case to forensic medicine.

Despite ratifying the United Nations' Convention on the Rights of the Child which bans the death penalty for offenses committed at under 18 years of age, Iran stays the world's top executioner of juvenile offenders. According to reports by IHR, Iranian authorities have executed at least 40 juvenile offenders since 2013.

The following photos have been taken from Omid Rostami during the prison term: 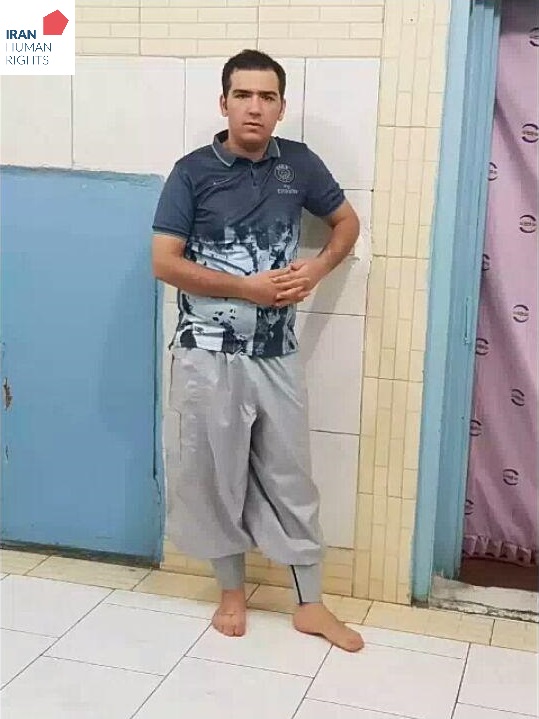 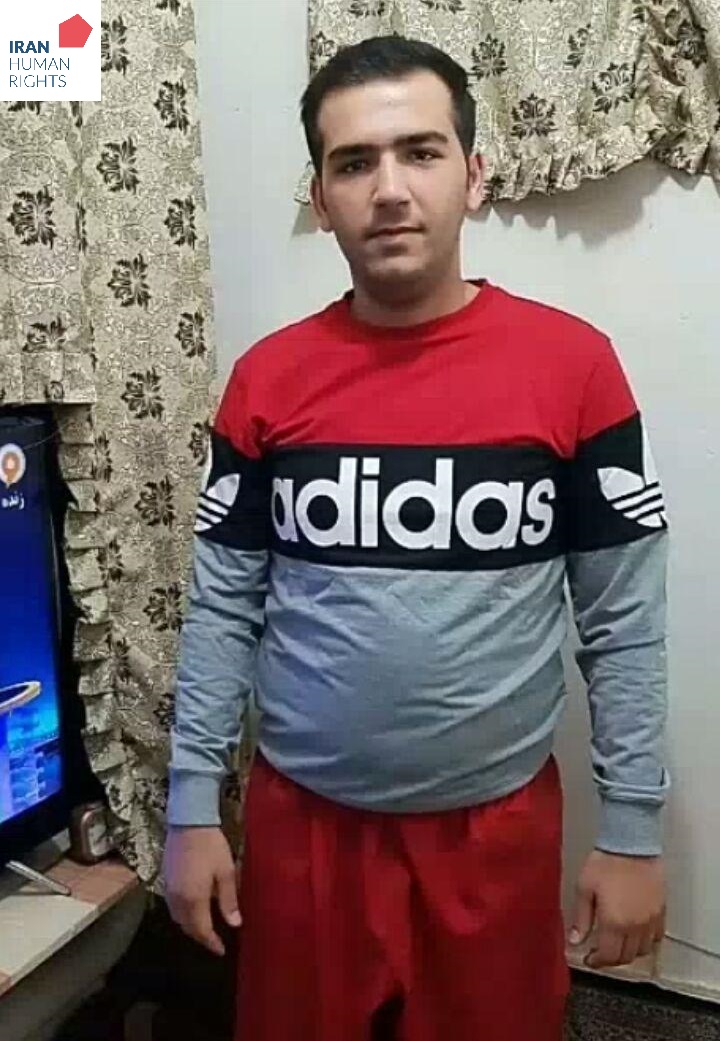 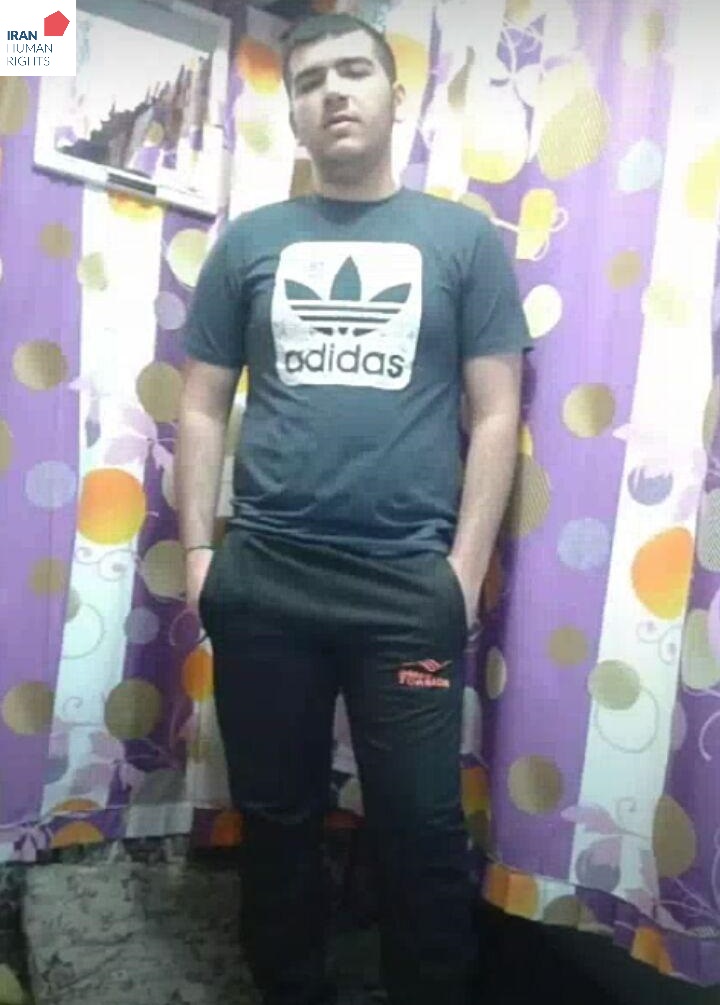 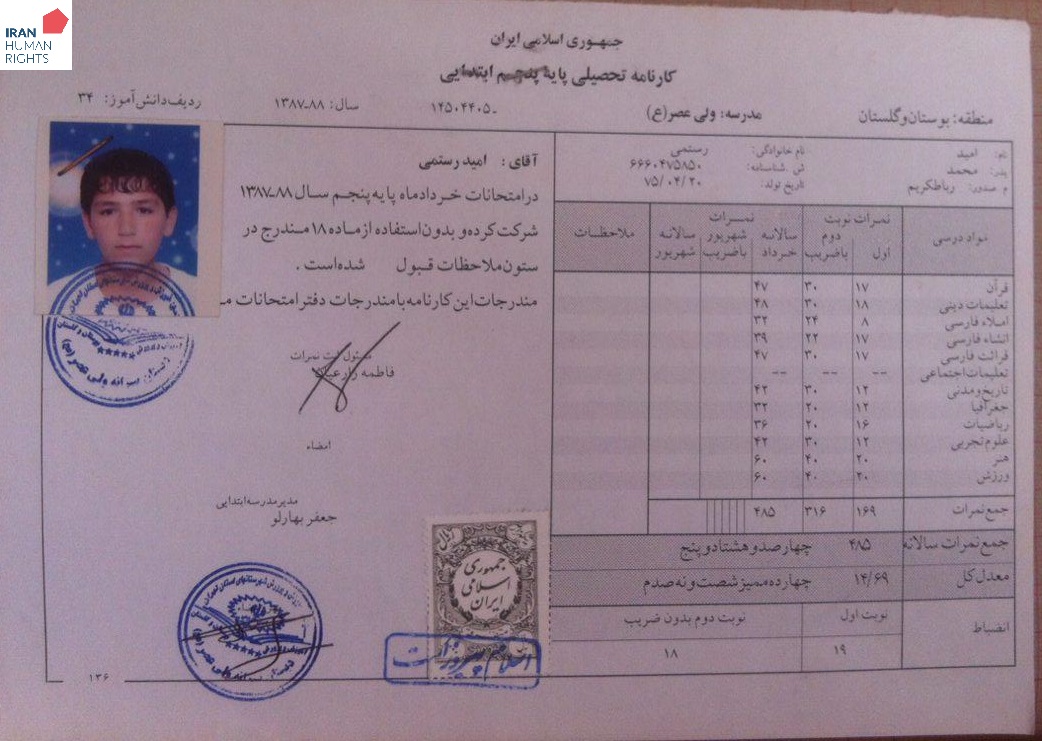 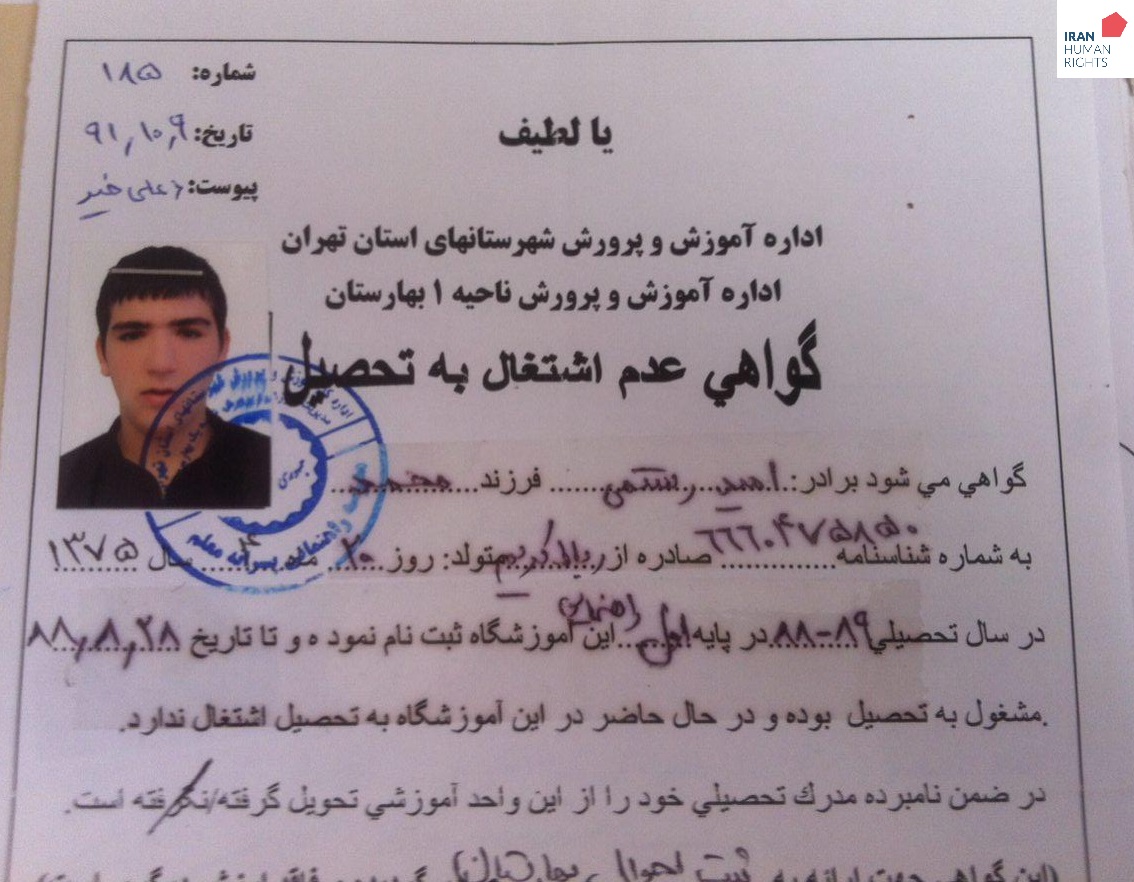