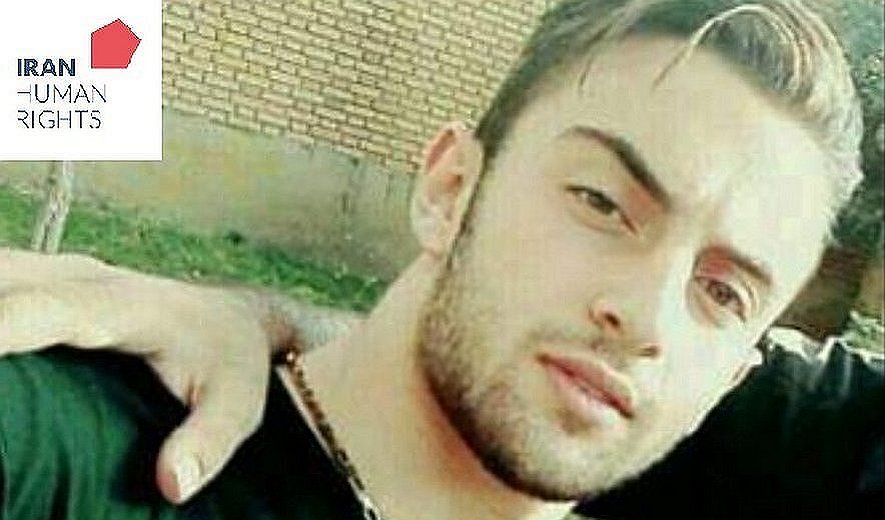 Iran Human Rights (IHR); May 28, 2019: According to information received by IHR, the death row juvenile offender Danial Zeinolabedini might be in danger of execution. Unofficial sources have told Danial's family that he will be executed after Ramadan, Muslims’ month of fasting, which ends in the first week of June. Danial Zeinolabedini is a juvenile offender whose death sentence has been upheld by the Iranian Supreme Court. Danial was born on August 9, 2000. He allegedly committed murder on September 22, 2017, when he was 17 years old. According to his relatives, he did not commit the murder and is innocent.

According to IHR sources, Danial Zeinolabedini is scheduled to be executed after Ramadan, Muslims’ month of fasting, which ends in the first week of June. Danial was along with three others charged with murdering a man identified as Sadegh Barmaki. Forensics announced that Mr Barmaki had died as a result of burn injuries. Danial has repeatedly said that he did not play a role in causing the burn injuries. However, the judge’s understanding is that Mr Barmaki was killed before his body was set on fire.
Nevertheless, Danial is a juvenile offender. Under the United Nations Convention on the Rights of the Child, which Iran has ratified, the Iranian authorities have an obligation to not issue the death sentence for offenses committed under the age of 18. However, at least 7 juveniles were executed in 2018 and so far in 2019, at least two juvenile offenders have been executed in Iran.
Under Article 91 of the Islamic Penal Code which was added to the Iranian law 6 years ago, judges are allowed to issue alternative verdicts for the minors. The juvenile offenders whom a judge considers not mature enough to realize the nature of the crime committed can face prison terms.
Danial’s lawyer, Asoo Arya, had previously told IHR  this client is underage. The lawyer said: "According to Article 91 of Iran’s Islamic Penal Code, execution of people under 18 years old is not allowed unless the court recognizes the defendant as a mature person by sending him/her to forensics. My client has not been sent to forensics.”
However, according to Article 91 of Iran's revised Islamic Penal Code, it is up to the presiding judge's discretion to deem the juvenile mature enough to understand the nature of the offense:  "In the cases of offenses punishable by hadd or qisas, if mature people under eighteen years do not realize the nature of the crime committed or its prohibition, or if there is uncertainty about their full mental development, according to their age, they shall be sentenced to the punishments prescribed in this chapter." Otherwise, the Islamic Penal Code puts the age of criminal responsibility for males at 15 and 9 for females.
The article has not led to a decrease in the execution of juvenile offenders. From the application of article 91 in 2013 to the end of 2018, at least 42 juvenile offenders have been hanged in Iranian prisons.