Death row, IRGC, Arsalan Khodkam
Share this
Arsalan Khodkam was deprived of the right to choose his own counsel and a fair trial throughout his trial and sentencing 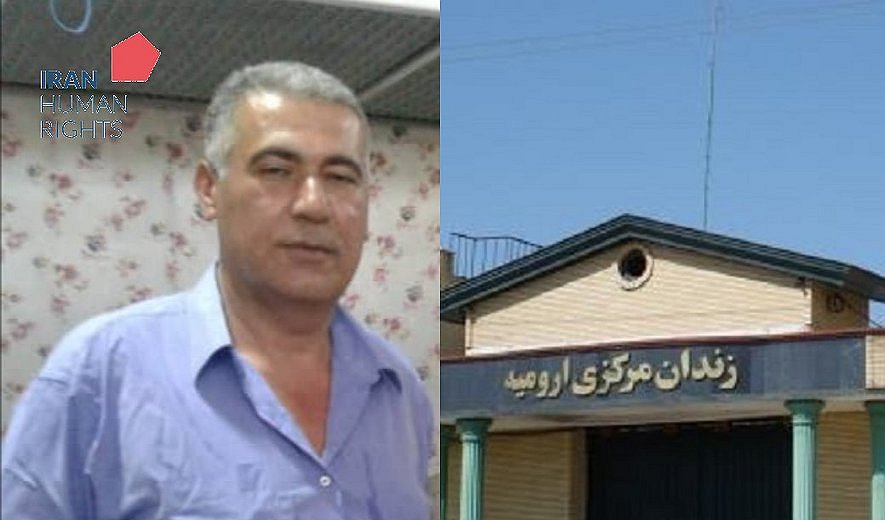 Iran Human Rights (IHR), May 19, 2020: Arsalan Khodkam, a political prisoner at Urmia Central Prison, who his family say has not committed any acts of violence, was sentenced to death under pressure from the Revolutionary Guards (IRGC). The sentence was upheld by the Supreme Court.

Speaking to Iran Human Rights (IHR), a source close to Arsalan Khodkam said: "Arsalan did not commit any crimes, was not armed and did not take part in any operations, nor did he kill any Revolutionary Guards for them to issue him such an unfair sentence. The charges against him are all pure lies and he did not sign anything. However, a few days ago, Arsalan’s father went to the Urmia Prosecutor’s Office and was kicked out and vitriolically told to not come back and to wait for your son’s execution to be carried out soon.”

Arsalan Khodkam, a native of Mahabad city, is married and has a 16-year-old son. He was a member of the Kurdistan Democratic Party (KDP) who surrounded and joined the Islamic Revolutionary Guards in the 1990s. After 16 years of membership in the IRGC, he was arrested and sentenced to death for links to the KDP by the Islamic Revolutionary Court while he was on deployment in Oshnavieh.

The source who provided the information to Iran Human Rights said: "Most of Arsalan's problems have come from cyberspace. He was in touch with his friends through social media which was a cause for concern for the IRGC. Yet, he was accused of plotting a bombing, which is untrue. Nothing was signed by Arsalan and there is also no evidence. Arsalan was tortured for 36 days in IRGC solitary confinement in order to force him to confess to the false allegations. Now, the IRGC's intelligence is determined to carry out the sentence."

The source also said of the torture inflicted on Arsalan: "On the first night, guards beat him for about five hours until he lost consciousness. They wouldn’t even allow him to use the bathroom afterwards. His hands were tied behind his back and he was thrown back into his cell. He was beaten, flogged and assaulted for days to give a forced confession."

Arsalan Khodkam was deprived of the right to choose his own lawyer and a fair trial throughout his trial and sentencing.

Relatives of the political prisoner had previously told Iran Human Rights that he had been tortured throughout his detention and had been forced to confess.