Iran executions, Iran Protests
Share this
According to IHR sources, the defendants had told the court that they had been tortured to make false confessions 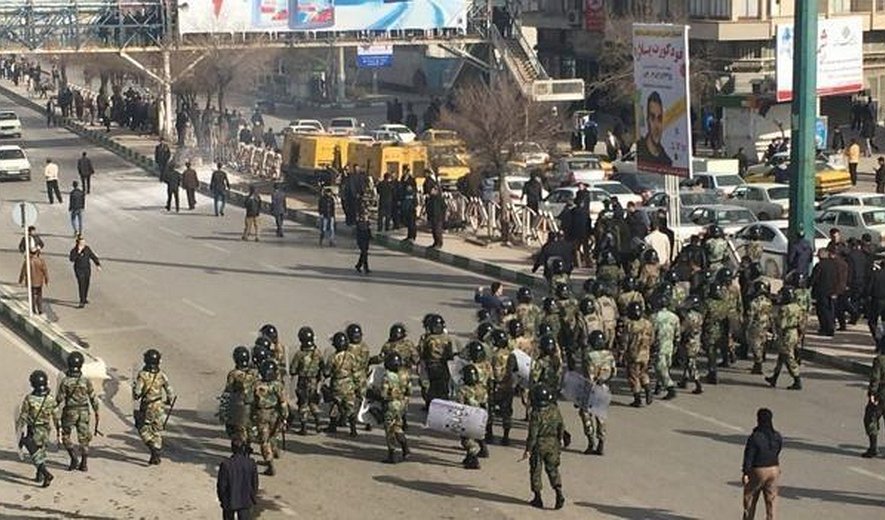 Iran Human Rights (IHR); July 26, 2020: The Supreme Court has upheld the death sentences of five protesters arrested at the nationwide December 2017/January 2018 demonstrations in Khomeini Shahr, Isfahan. Referring to the history of Islamic Revolutionary Courts violating the principle of a fair trial and the use of torture to obtain forced confessions, Iran Human Rights (IHR) strongly condemns the issuance and approval of these sentences by the Revolutionary Courts and the Supreme Court.

IHR Director, Mahmood Amiry Moghaddam, said: "In addition to the inhumanity of the death penalty itself, we condemn the use of executions as a means of repressing protesters and creating fear in society. We call on the international community to put pressure on the Iranian authorities to stop these executions.” Referring to the unprecedented mass “don’t execute” hashtag campaign, which was started by social media users, Amiry Moghaddam also stressed the need for collective action to echo the voice of the protesters to the world.

The five protesters sentenced to death are: Mehdi Salehi Ghaleh Shahrokhi, Mohammad Bastami, Majid Nazari Kondari, Hadi Kiani and Abbas Mohammadi. Confirming the news, one of the defendant’s lawyers said that their death sentence had been issued in February by Branch Two of the Islamic Revolutionary Court of Isfahan.

According to the judgment obtained by IHR, the Supreme Court has upheld the death sentences of the five protesters on charges including “baghy”(rebellion) through effective efforts and activities to advance the rioters’ goals, “moharebeh” (waging war against God) through using firearms and intending to deprive the community of security and shooting at officials, “Ifsad-fil-arz” (corruption on earth) through disrupting public security and directing the rioters to disrupt public order and safety and disturbing public opinion.” In addition, they have also been convicted of other less serious charges including drug possession.

According to IHR sources, the defendants had told the court that they had been tortured to make false confessions.

Iran Human Rights (IHR) previously warned of the possibility of protesters being sentenced to death and executed after Isfahan’s chief justice, Mohammad Habibi announced convicting eight protesters arrested over the last three years of “corruption on earth” during a Friday Prayer sermon.

The "corruption on earth" charge is one of the most ambiguous and serious charges in the Islamic Penal Code, which carries the death penalty.

A more detailed report on the case of the five men will be published on the IHR website, as soon as some additional information has been confirmed.