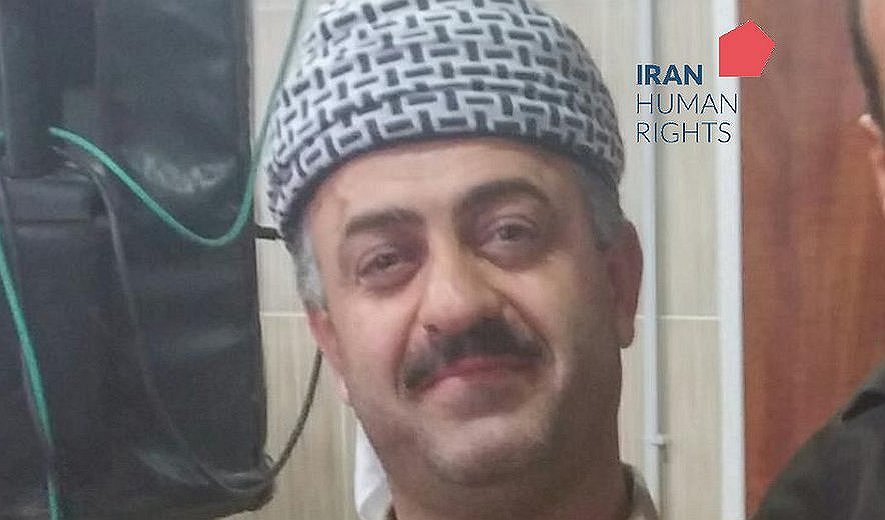 Iran Human Rights (IHR); September 22, 2020: Saleh Nikbakht, lawyer of Heydar Ghorbani, a political prisoner on death row in Sanandaj Central Prison, has spoken of the imminent danger of his client’s execution. Heydar was sentenced to death on charges of “baghy” (armed rebellion), while according to his lawyer, he “has not participated in any armed action or operation and has not used arms against the system or the people in the country at any time or place.”

According to Iran Human Rights, Heydar Ghorbani, a political prison in Sanandaj Central Prison who was sentenced to death and whose sentence was upheld by the Supreme Court, is in danger of being executed.

Heydar Ghorbani was sentenced to 30 years in prison by Branch One of the Sanandaj Criminal Court on charges of "complicity and being secondary in the murder of three people" and in a different related case, sentenced to death on the charge of “baghy” (armed rebellion).

This sentence had previously been upheld by Branch 27 of the Supreme Court and was referred to the Revolutionary Court of First Instance in Sanandaj, where the case was sent for implementation.

Saleh Nikbakht, Heydar Ghorbani’s lawyer, told Iran Human Rights: "On August 15, I submitted my application for a retrial to the Supreme Court, and on September 9, it was announced that the retrial had not been accepted. But this time, Branch 9 of the Supreme Court rejected my request for a retrial within three weeks and upheld the verdict on the charge of baghy."

He added: "According to the ruling of Branch One of the Sanandaj Criminal Court, Mr Heydari was sentenced to a total of 90 years in prison on three counts of being secondary in murder. But neither in the case at Branch One, nor in any other case for the charge of “baghy”, has he ever confessed to being a member of the Kurdistan Democratic Party of Iran, participating in any armed action or operation or used arms at any time or place against the system or the people in the country.”

Saleh Nikbakht continued: "Despite the judicial authorities’ assertions in the three stages we went through and in the investigation stage which was partly in the hands of the security and intelligence officials and the other part was in the hands of the investigators and the Sanandaj Public Prosecutor’s Office, he has never confessed to being armed or using a weapon, and there is no evidence to suggest otherwise, nor has anyone testified against him that he has taken part in any armed actions. Therefore, sentencing him to death is in fact, in breach of Sharia law, as well as Articles 287 and 288 of the Islamic Penal Code.”

However, he was given the death penalty in a case opened against him by Branch One of the Sanandaj Revolutionary Court for charges of “baghy and membership in the Kurdistan Democratic Party of Iran.” Ultimately, the sentence was upheld by Branch 27 of the Supreme Court on 5 August 2020 and sent for implementation. His family and lawyer were informed the next day, August 6.