Death row, Sunni Prisoners, Rajai-Shahr
Share this
Khosrow Besharat, a Sunni prisoner arrested in February 2010 and sentenced to death in an unfair trial, is currently being held in Rajai Shahr Prison 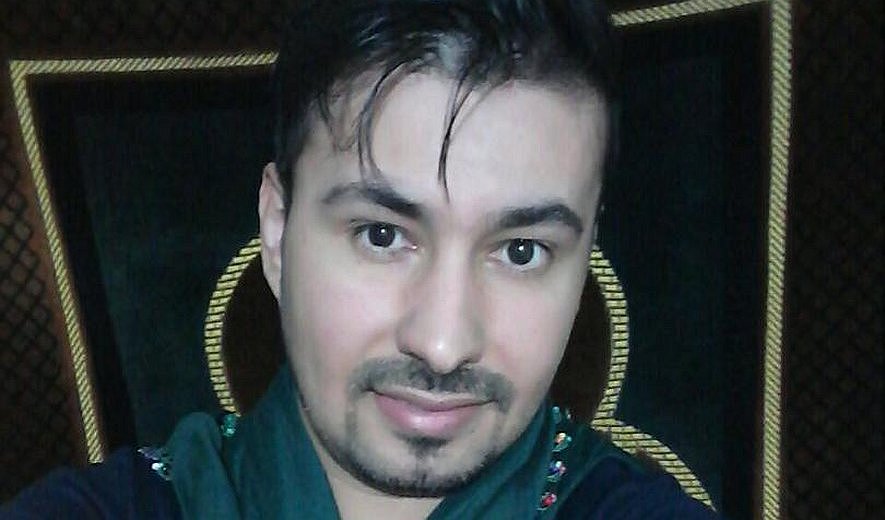 Iran Human Rights (IHR); October 29, 2020: Khosrow Besharat, a Sunni prisoner in Rajai Shahr Prison in Karaj, who was sentenced to death during an unfair judicial process and without the right to defend himself in court, is now awaiting the response for a retrial.

According to Iran Human Rights, Khosrow Besharat, a Sunni prisoner arrested in February 2010 and sentenced to death in an unfair trial, is currently being held in Rajai Shahr Prison where he is waiting for the result of his retrial request.

Khosrow Besharat, 36 and from Mahabad was transferred to the Urmia Ministry of Intelligence Detention Centre following his arrest where he spent two months in solitary confinement before being transferred to Mahabad Prison. It was alleged that he was being charged with “connection with Salafi groups.”

Speaking to IHR, a source close to Khosrow said: “We don’t know why they picked Khosrow and charged him with this. He’s a religious person and prays but he did not have extremist or heresy or any such views and didn’t even agree with them. During interrogations, he was also accused of murdering a soldier, which he was severely tortured over. But the soldier’s brother and eyewitnesses to the murder later came to identify his killer and confirmed that Khosrow and the two other people in his case -Anwar Khezri and Kamran Sheikheh- were not his brother’s killers.”

The source added: "They had previously arrested two other people over this soldier’s murder, who had confessed to the murder under torture. Everyone in Mahabad knew the story. Khosrow had been severely tortured over the murder of the soldier and had confessed under torture but the allegations of killing the soldier were resolved after the testimony of his brother who was present during the murder. They did not find any guns or weaponry or even a knife on Khosrow, however, after the murder case was resolved, they charged Khosrow and his co-defendants with “corruption on earth” (efsad-fil-arz).”

The source further added: “After the soldier’s brother confirmed that they were not the killers, he kissed them and asked them for forgiveness and the interrogator told them that they had been acquitted and that he would be sending a fax to Mahabad to inform them. But not only were the three not released but the year after, they were tried at Branch 28 of the Revolutionary Court by Judge Moghiseh, who charged them with “enmity against God” and “corruption on earth” through armed rebellion (baghy). This is while they had not found any weapons and he hadn’t clashed with the officers, such an accusation without weapons is inadmissible. Ultimately, all three defendants were sentenced to death on the same charges.”

Khosrow Besharat’s case, along with six other Sunni prisoners, were referred to Branch 42 of the Supreme Court, at which point the authorities allowed a lawyer to be selected. The Supreme Court overturned the seven defendant’s sentences and their case was referred to Branch 15 of the Revolutionary Court presided by Judge Salavati as a court of equal ranking. Simultaneously, they re-opened the murder case and this time, the case was referred to the Urmia General Court.

The source who provided this information to IHR, said: “Khosrow Besharat was acquitted by the Urmia General Court, but Kamran Sheikheh was sentenced to qisas (retribution-in-kind) for murder according to the judge’s knowledge. In the Revolutionary Court, Judge Salavati also issues the death sentence for moharebeh (enmity against God). Salavati did not want to allow the defence lawyers in court at the beginning, but eventually he agreed on the condition that Mr Tabatabai, the defence lawyer not talk during the court hearing. How can a lawyer present their defence if they are not permitted to talk?”

In the end, Branch 15 of the Revolutionary Court sentenced Khosrow Besharat and his co-defendants to death, and the sentence was upheld by Branch 42 of the Supreme Court. The defence lawyer in the case has appealed the sentence and requested a retrial; the detainees are currently awaiting the outcome of the request for retrial.