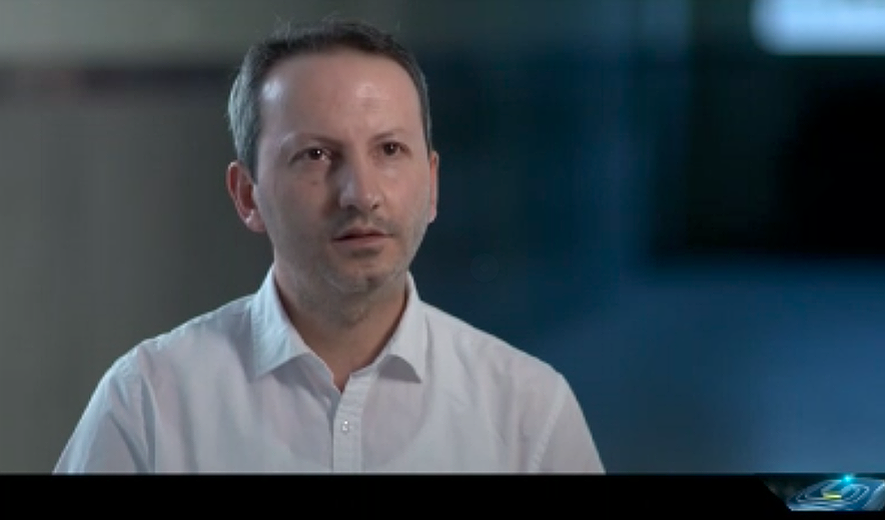 Quoting Islamic Republic officials, Iranian media had previously reported that Ahmadreza Djalali’s death sentence would be carried out by tomorrow, May 21.

As airing forced confessions in the days leading to a defendant’s execution is not unprecedented, Dr Ahmadreza Djalali's execution is more imminent than ever.

Iran Human Rights once again calls on the international community to take a strong and timely stance to save Ahmadreza Djalali’s life. Director Mahmood Amiry-Moghaddam said: “This is a great test for European governments to show they're capable of saving their citizens' lives. They must make it clear to Islamic Republic officials that executing Ahmadreza Djalali is considered an execution of a hostage which will have severe consequences.” He added: “We’ve said before that severing diplomatic and trade relations and prosecuting the perpetrators of the murder of this hostage are actions that European governments can and should take in the event of Ahmadreza Djalali’s execution; this must be made clear to Islamic Republic leaders before the crime is committed.”

Statements by Islamic Republic officials indicate that Dr Djalali’s execution is in reaction to the trial of Hamid Noury for war crimes in Sweden, demonstrating once again that the Islamic Republic of Iran uses the death penalty as an extortion and pressure tool on Western countries. Kazem Gharibabadi, the secretary of Iran’s High Council for Human Rights and deputy chief of the Iranian Judiciary’s International Affairs had threatened on May 2 that the sentences of individuals linked to Sweden would be carried out.

Who is Ahmadreza Djalali?

Ahmadreza Djalali was living in Sweden since 2009 and is a dual Swedish-Iranian national who was a physician crisis management researcher working at the Karolinska Institutet, a medical university near Stockholm. He was also teaching at universities in Italy and Belgium.

Ahmadreza had travelled to Iran at the official invitation of the University of Tehran when he was arrested in April 2016. Initially charged with “collaborating with hostile States”, he was later charged with “efsad-fil-arz (corruption on earth) through espionage for Israel” by the Revolutionary Court of Tehran. The charge was also upheld by the Supreme Court.

Forced confession under torture and pressure

Ahmadreza Djalali was arrested by Ministry of Intelligence forces on 24 April 2016 while driving to Karaj. He spent three months in the Ministry’s detention centre where he was subjected to physical and psychological torture and pressure to make false self-incriminating confessions. His forced confessions were aired on national television, and were used as evidence of his guilt at trial.

Ahmadreza’s mother previously told Iran Human Rights: “They threatened Ahmadreza and told him that if he didn’t cooperate with them, they would kill his children in Sweden. They kept him in a solitary cell full of cockroaches and ants for a long time. He was blindfolded and constantly cursed at and humiliated throughout his interrogations in Ward 209 (Evin Prison).”

In a statement issued in November 2020, Iran Human Rights emphasised the inhumanity of the death penalty itself, stating that Dr Djalali’s death sentence was the result of conspiracy theories by Iran’s security officials to charge dual-nationals with espionage, pressure and torture them to obtain forced confessions and violate their right to a fair trial.

History of airing forced confessions prior to execution

According to Iran Human Rights’ Annual Report on the Death Penalty in Iran, once the defendant has been found guilty, their forced confessions are used as a propaganda tool to justify their death sentences and, as recent cases have demonstrated, they are also aired immediately prior to the execution as a means of justification.

This was the case for protester Navid Afkari, whose forced confessions were aired on 5 September 2020, less than a week prior to his execution on 12 September 2020. Kurdish political prisoner Heydar Ghorbani’s forced confessions had already been aired several times since his arrest in 2016. They were aired again on 18 December 2021, Heydar was executed the next morning in Sanandaj Central Prison.

Given the Islamic Republic’s previous patterns, Ahmadreza Djalali's execution is more imminent than ever.

Use of death penalty as a political tool

The threat of Ahmadreza’s execution in retaliation for the trial of an Islamic Republic official in Sweden shows that the Iranian government is using the death penalty as a political tool to achieve its goals. Iran Human Rights warns of the imminent risk to Ahmadreza Djalali’s life should the international community not react in time.

According to the 2021 Annual Report on the Death Penalty in Iran, at least 13 people were executed on the security charges of efsad-fil-arz (corruption on earth), moharebeh (enmity against God) and baghy (armed rebellion).