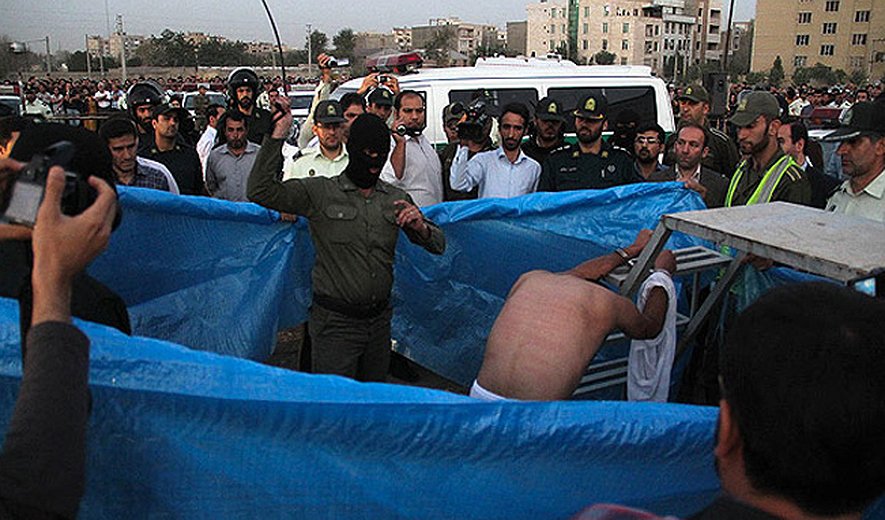 A man was lashed in public in the southwest Iranian town of Sosangerd last Saturday October 16, reported the official website of the Iranian judiciary in Khuzestan. The man was identified as "H. B." and was convicted of robbery. The report didn’t mention the number of lashes the man was punished with.

Last week four men were lashed in public and hand of another man was amputated inside the prison.