More Than 2500 People Executed for Drug Offences in Iran 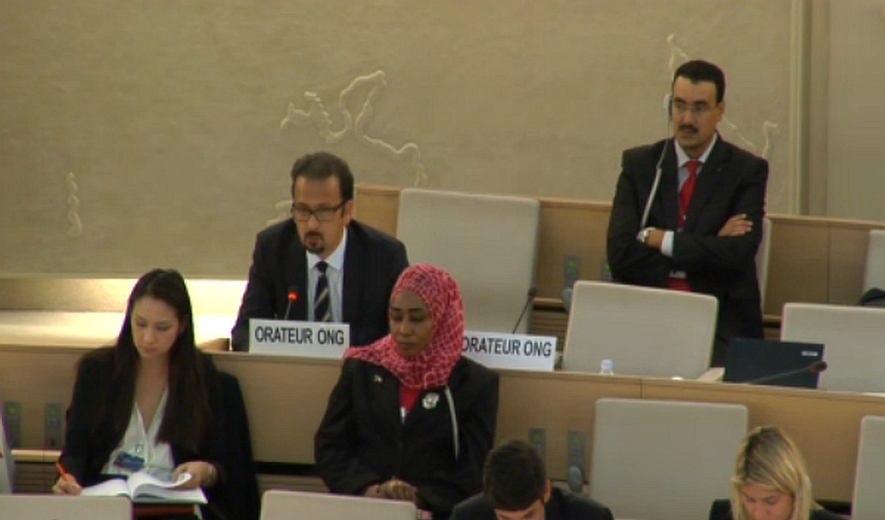 Iran Human Rights, October 5, 2015: Iran Human Rights (IHR) participated in a panel discussion on World Drug Problem under the UN Human Rights Council's 30th Regular Session on September 28. in Geneva. In a joint statement referring to the execution of more than 2500 alleged drug offenders since 2011, the IHR spokesperson Mahmood Amiry-Moghaddam called on the United Nations' Office for drugs and Crimes (UNODC) and its funding countries to condition their cooperation with Iran on a moratorium on the death penalty for drug offences.

The joint statement at UN/HRC 30th Session: “Panel on the impact of the world drug problem on human rights” (HRC resolution 28/28)

International Educational Development (IED) and its working partners Iran Human Rights (IHR), Together Against the Death Penalty (ECPM) and the Kurdistan Human Rights-Geneva (KMMK-G) have followed closely the use of the death penalty for drug-related charges. We particularly have been concerned about the large number of executions for drug offences in the Islamic Republic of Iran.

Most executions in Iran stem from drug-related charges. According to IHR more than 2500 people have been executed for drug-related charges in the last five years- more than 500 in 2015 alone. Most of the victims belong to the poor and marginalized groups in the Iranian society. According to the official reports, the executions have not deterred crime. Rather, trafficking and addiction are increasing.

Some of those convicted are in fact innocent. For example, Mahmood Barati was a school teacher executed on September 7, 2015, solely based on false testimony by a drug convict, who had withdrawn the testimony twice.

The United Nations Office for Drugs and Crimes (UNODC) continues to cooperate with Iran on law enforcement against drug trafficking, in part funded by Germany, France and Italy leading to increased arrest of alleged drug offenders and increased executions.

We call on the UNODC and its donor countries cooperating with Iran to condition their cooperation on a moratorium on the death penalty for drug-related crimes, and

We call on the Iranian authorities to impose an immediate moratorium on the death penalty for drug offences.