Iran Executions, Iran Protests
Share this
Meanwhile, document evidence seen by Iran Human Rights shows that the five men’s death sentences, who are co-defendants with eight other people in the case, was upheld by the Supreme Court 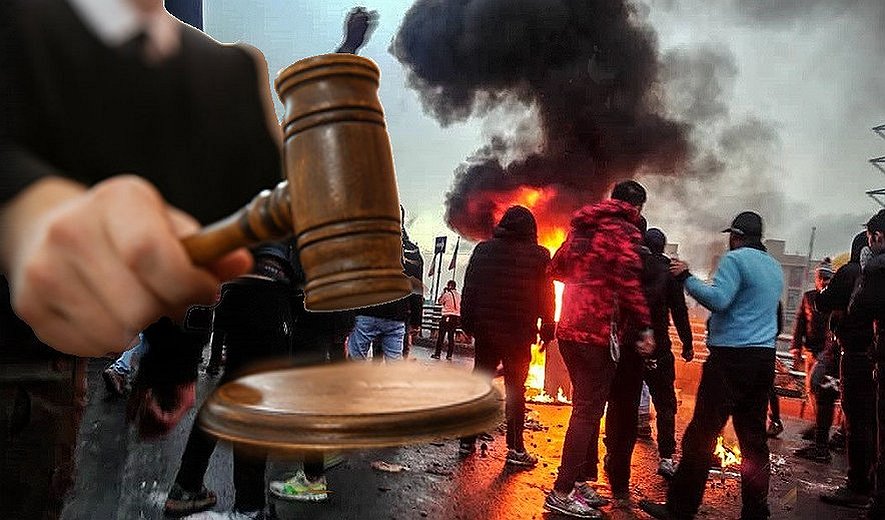 Iran Human Rights (IHR); July 27, 2020: News broken by IHR yesterday that the Supreme Court had upheld the death sentences of five protesters arrested in Khomeini Shahr, Isfahan, has been met with denial by judiciary officials in Iran. This is while IHR has document evidence verifying the ruling, in which the five men have each been sentenced to death twice for participating in the nationwide December 2017/January 2018 protests.

Iran Human Rights calls for the revocation of the death sentences and calls on the international community not to be indifferent to the ongoing wave of executions in Iran.

IHR spokesperson, Mahmood Amiry Moghaddam said: "Issuing death sentences for protesters who have been subjected to torture, forced confessions, deprived of the right to a lawyer of choice and fair trials by Revolutionary Courts, is in breach of Iran’s international obligations. The international community must intensify its reaction to prevent a new wave of executions of protesters in Iran. The leaders of the Islamic Republic are unable to solve people’s daily problems and when people protest for their fundamental rights, authorities respond with bullets and death sentences.”

Yesterday, IHR reported that the Supreme Court had upheld the death sentences of five protesters arrested in Khomeini Shahr, Isfahan, in December 2017/January 2018 has been met with denial by judicial and establishment officials in Iran. Iran Human Rights has obtained document evidence that the five protesters’ sentences were upheld by the Supreme Court. Islamic Republic officials had previously denied news that the death sentences of the three protesters arrested in November 2019, Amirhossein Moradi, Mohammad Rajabi and Saeed Tamjidi, had been upheld, but it was proven to be true a few days later.

The statement from the public relations of the Isfahan Province Judiciary published across state media reads: “News published by some dissident media and hyped up on social media ascribing the Chief Justice of Isfahan Province as confirming the sentences of eight protesters arrested in 2017-2019 are complete lies and Supreme Judicial Authorities have not upheld any such sentences.”

Meanwhile, document evidence seen by Iran Human Rights shows that the five men’s death sentences, who are co-defendants with eight other people in the case, was upheld by the Supreme Court.

On 26 June, in a speech prior to the Friday Sermons, Isfahan’s Chief Justice, Mohammadreza Habibi had first announced the news that eight protesters arrested over the last three years had been convicted of “corruption on earth” charges.

According to the documents obtained by IHR, the Isfahan Revolutionary Court had convicted the five protesters on charges including “baghy” (rebellion) through effective efforts and activities to advance the rioters’ goals, “moharebeh” (waging war against God) through using firearms and intending to deprive the community of security and shooting at officials, “mofsed-e-filarz” (corruption on earth) through disrupting public security and directing the rioters to disrupt public order and safety and disturbing public opinion.” In addition, they have also been convicted of other less serious charges including drug possession.

According to IHR sources, the defendants had told the court that they had been tortured to make false confessions, and did not have access to lawyers of their choice throughout the legal proceedings.

In the aftermath of the 2009 presidential election, Iranian authorities also executed some prisoners to create an atmosphere of fear and intimidation. Some of the prisoners had been arrested a few months before the so-called green movement protests.