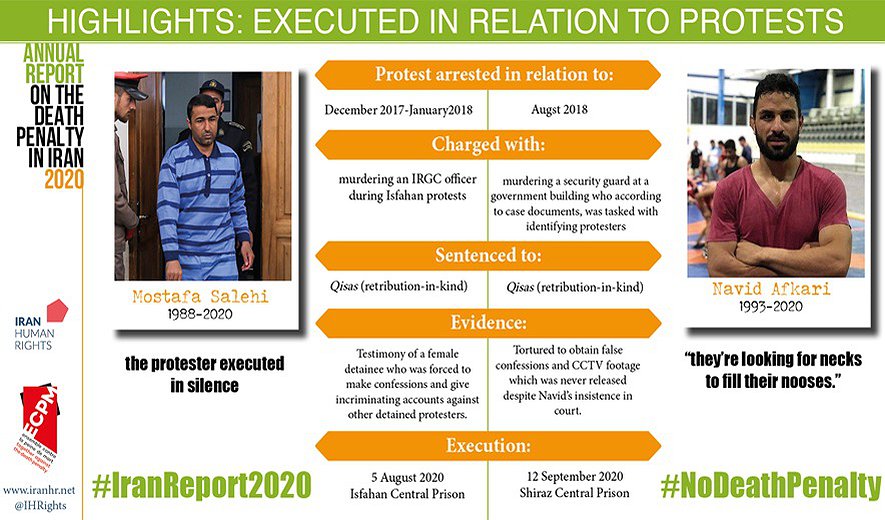 2020 Report: Nationwide Protests and the Hunt for “Necks for Their Nooses” 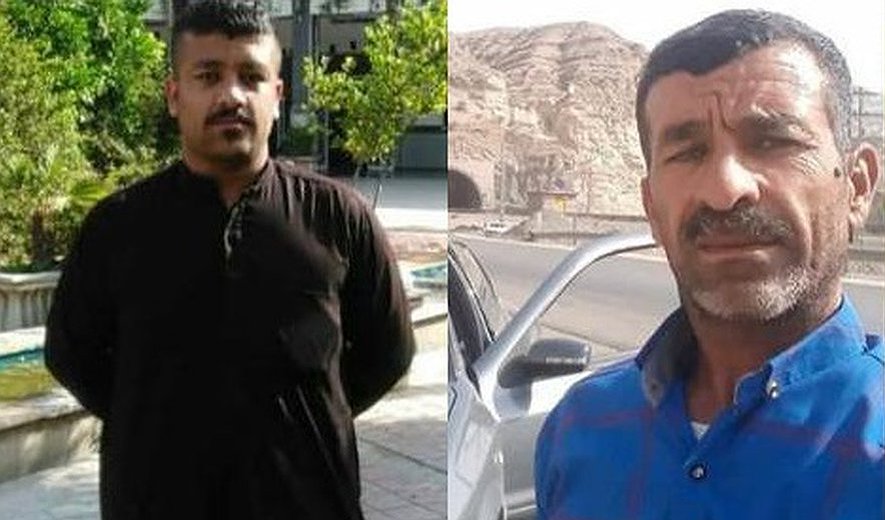 Iran Human Rights (IHRNGO); December 5, 2021: November 2019 protester, Abbas Daris has been sentenced to death and his brother, Mohsen Dari sentenced to life imprisonment in a grossly unfair and untransparent legal process and trial. The Supreme Court is currently considering their case.

According to information obtained by Iran Human Rights, judicial authorities verbally informed Abbas Daris’ family that he has been sentenced to death in the preliminary hearing.

48-year-old Abbas Daris (Shalisat) is a father of two who was arrested along with his 28-year-old brother, Mohsen Daris in the Mahshahr canebrake crackdown during the November 2019 nationwide protests. He was sentenced to death on charges of “moharebeh (enmity against god), disrupting public order and participating in the murder of a special unit officer.” Their case is currently being considered by the Supreme Court.

Karim Dahimi, an Ahvazi political and human rights activist told Iran Human Rights: “The execution sentence dates back to a few months ago when Abbas’ wife died of a stroke after being told of his death penalty. His family have gone to Tehran to see judicial authorities but didn’t get any answers and his family ultimately don’t know whether the sentence has been issued or not, and even his lawyer hasn’t said anything. The family say they’ve been told that the sentence was issued by the Revolutionary Court but they haven’t been officially notified of anything.”

It is crucial to note that protesters Mostafa Salehi, arrested in the December 2017/January 2018 nationwide protests and Navid Afkari, arrested in the August 2018 nationwide protests, were both executed last year after being sentenced to qisas (retribution-in-kind) for the murder government officials after being denied due process and in grossly unfair trials.

“The first expert witness’ opinion (expert or interrogators from security institutions) was to the complete detriment of both brothers. But the second expert who was there, opined that the murdered officials was shot from the back, not from the protesters he was facing. The court has repeatedly told the Daris family that they should obtain the victim’s family’s consent to forgo their right to retribution (by accepting diya, blood money or granting forgiveness). But the family say they are innocent, there’s no written document with the death penalty and everything has been communicated orally, even the lawyer doesn’t know anything because the court isn’t communicating with the family or lawyer,” Mr Dahimi added.

The Mahshahr canebrake crackdown which took place in November 2019, is considered one of the most bloody crackdowns in the Islamic Republic. According to eyewitnesses, security forces opened fire at the unarmed protesters who had blocked the street in Chamran (Jarahi), northern Mahshahr, killing many people. When protesters ran towards the canebrake next to the street to take cover, security forces fired heavy artillery and set parts of the canebrake on fire, killing more people. An eyewitness told Iran Human Rights: “At least 20 people were killed on the street and 40 killed in the canebrake.”