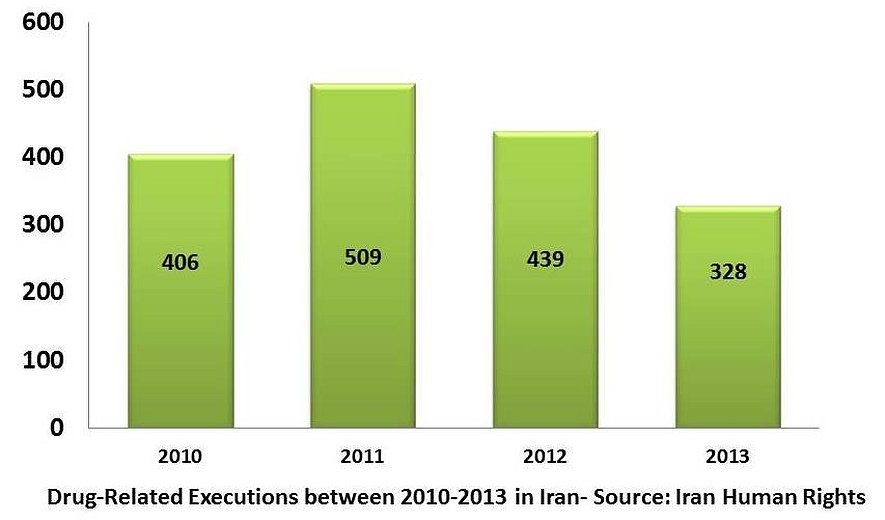 According to the Iran Human Rights' (IHR) annual report on the death penalty in Iran, which will be published tomorrow, at least 328 people were executed for drug-related charges in 2013. The United Nations' Office for Drugs and Crimes (UNODC) has been cooperating with the Iranian authorities in combating drug trafficking. IHR urges the UNODC to take its share of responsibility in combating the arbitrary executions of drug convicts in Iran. Iran Human Rights, March 12, 2014: According to Reuters, the U.N. anti-drugs chief has praised Iran's fight against narcotics trafficking. Yury Fedotov, Executive Director of the U.N. Office on Drugs and Crime (UNODC), told reporters that "Iran takes a very active role to fight against illicit drugs," before an international meeting in Vienna on March 13-14, on global efforts to combat narcotics.

The IHR spokesperson Mahmood Amiry-Moghaddam said: "The amount of seized drugs is the only positive result UNODC and the Iranian authorities can present. But there is no evidence that the UNODC cooperation with Iran has led to a decrease in drug trafficking. Besides, UNODC cannot be indifferent to the indiscriminate execution of hundreds of prisoners under the pretext of fighting the drug trafficking. UNODC must take its share of responsibility".